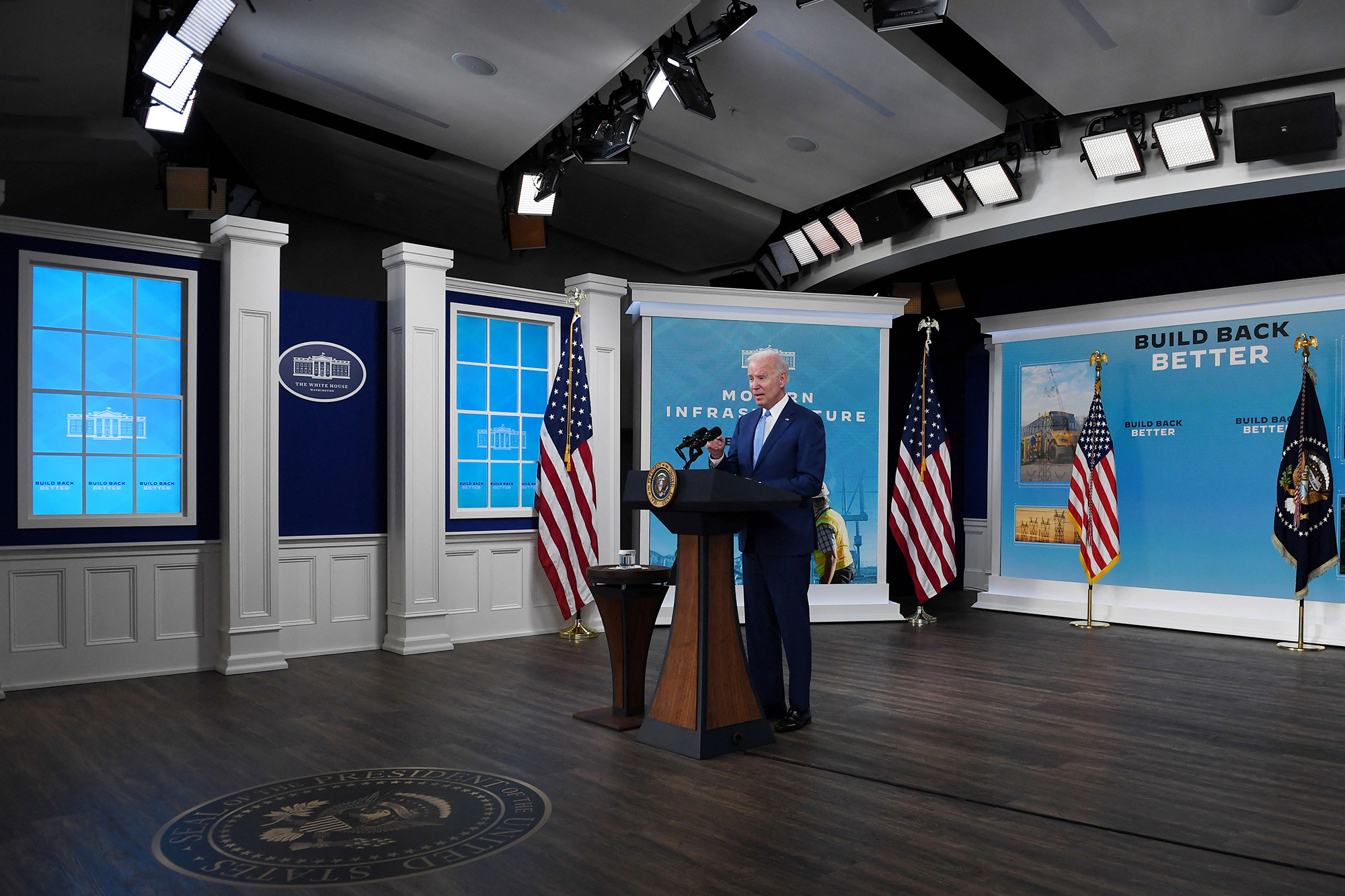 President Trump 5 Iron into the wind! The video.

Lib trolling to the max.

I have no idea how he can keep the straight face!!!

The numbers are real.

Joepedo is illegitimate and everybody knows it. 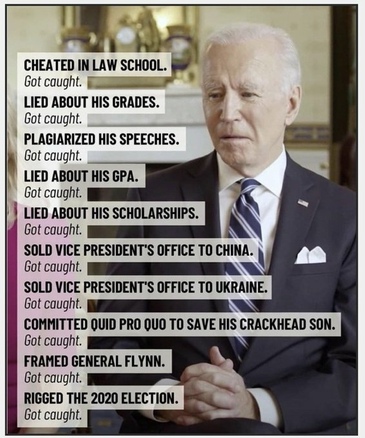 Even doing straight searches from the query bar you get photos of joepedo and negativity on the true president Trump.

Sell your Pfizer stock ASAP. They are dropping like flies. 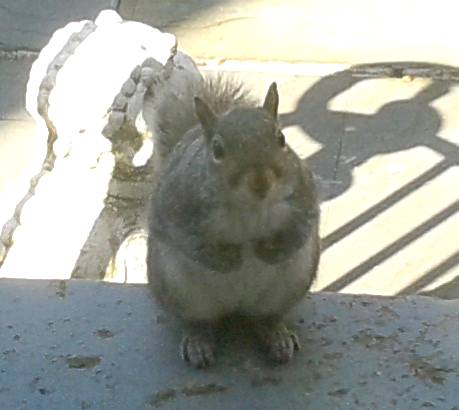 Please may I have another booster???? 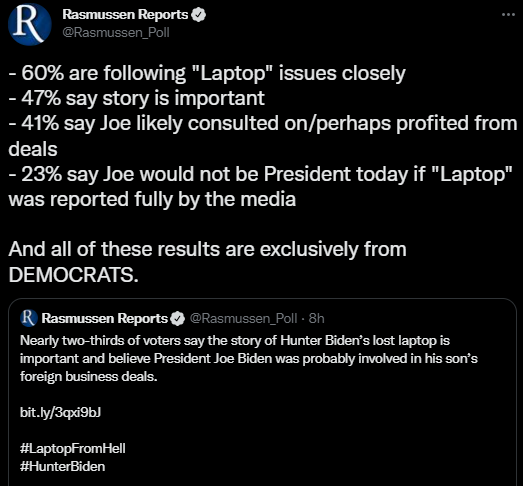 Trudeau and the leftists here in a nutshell.

I know some of you were hoping he would lose, but president Trump wins again!  They've played this down bigly in the sh1tstream media, I thought you should know. 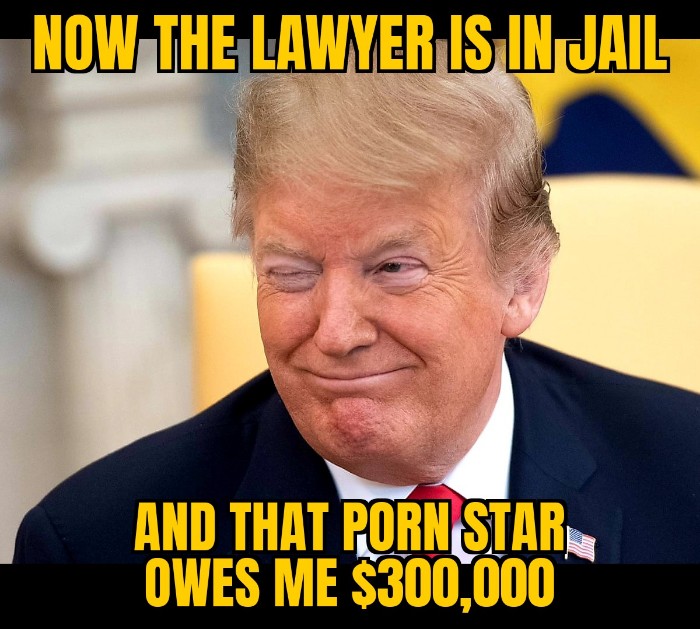 Frontline doctor has warning, AIDS cases in the millions.

From the Washington Standard:

We told you so, a million times. 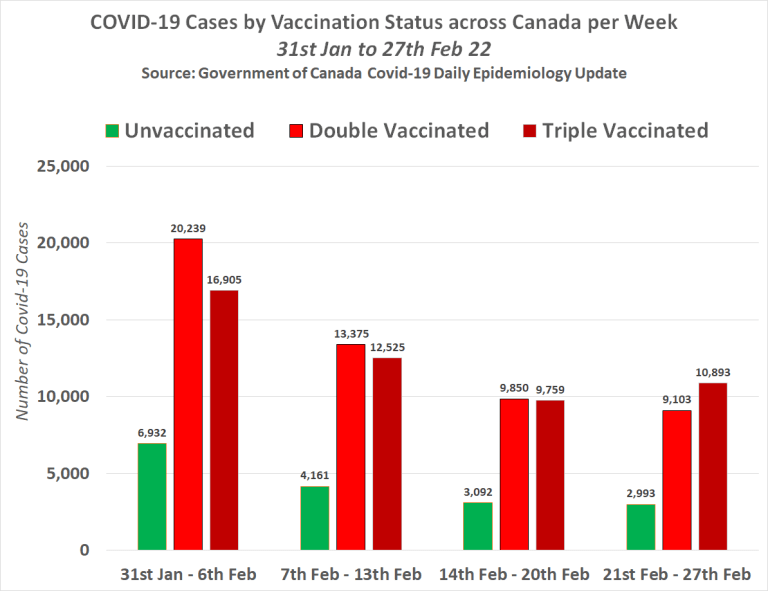 The embodiment of the leftist state of mind, "Warning Language" and nasty karma.

The truck drivers are awesome, of course. The vulgar leftist man child is trying to impress his boyfriend, downtown DC. Looks like Connecticut and L St....

Language warning the leftist has low vocabulary skills. Reminds me of what our leftist gas lighters here at LP might be like when triggered.

How it's going to happen is the question and what will be we left with????

Excess deaths, this is just more hard evidence the jab is poison.

Devastating the lives of everyone.  I know a couple, early thirties, both jabbed boosted etc., just had a baby....premature on the extreme edge 30 weeks, they are stressed to say the least. The baby has made it to 34 weeks and hopefully will be breathing on its own very soon. I have another older friend jabbed boosted 70 yo. yesterday he said to me my "body is deteriorating fast" he could barely keep his eyes open doctors every week.....he was fine beginning of 2021...I know post jab heart attacks, embolisms etc.....the jab is poison.

How the world sees the VP of America.

Stolen elections and identity politics are having devastatingly destructive effects on our once great nation. Whoever actually voted for these scoundrel demoncRATS should be ashamed of yourselves. Hard to watch this if you love your country.

Of course the laptop is real, and yes they are a sick criminal family of grifters and perverts.

"Why was it unsubstantiated? Because of willful ignorance and the Times’ curious lack of curiosity. Hunter’s business partner Tony Bobulinski came forward immediately after The Post’s reports and confirmed that the emails bearing his name were legitimate. The Bidens didn’t even deny it was true! They just deflected, with the media’s help, saying it was a dirty trick or not a story. Mostly, the press just ignored it."

The big guy is a crook, makes Nixon look like St. Francis of Assisi.

Our government is out of f'ing control, pharma companies are also greedy, complicit basturds.

They are hiding exculpatory evidence, they deserve nothing less than hanging for what they are doing to those political prisoners.

Those bats in those caves knew just the right sequence to insert into their virus.

"The bats, sitting in Chinese caves a thousand miles from WIV, were clearly very smart when they decided to add gp120 to their natural coronaviruses!"

Did not see this coming! Red pill go boom!!

As the tower of Babel went so will the great reset. 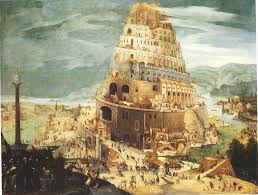 Good read. I like the ending. It is inevitable. I can't wait. 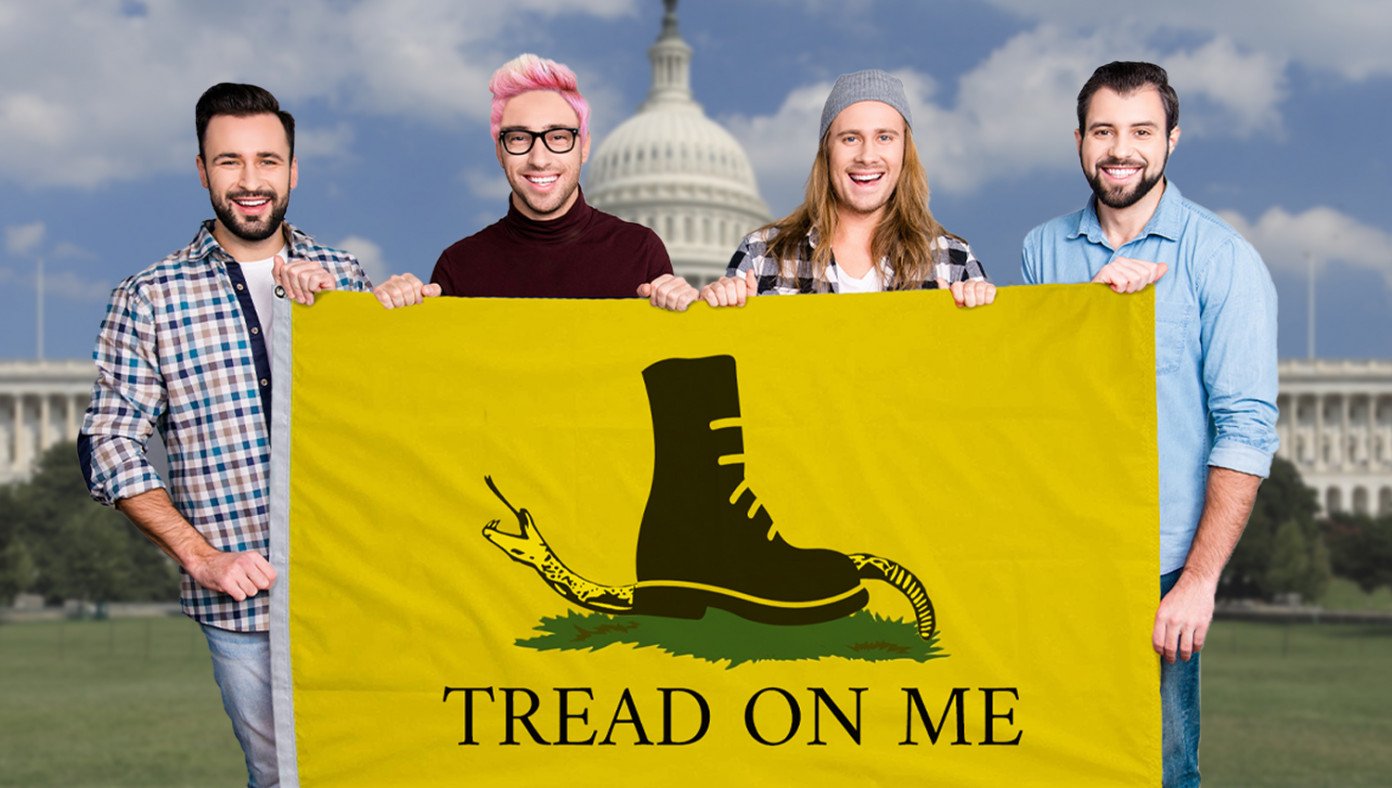 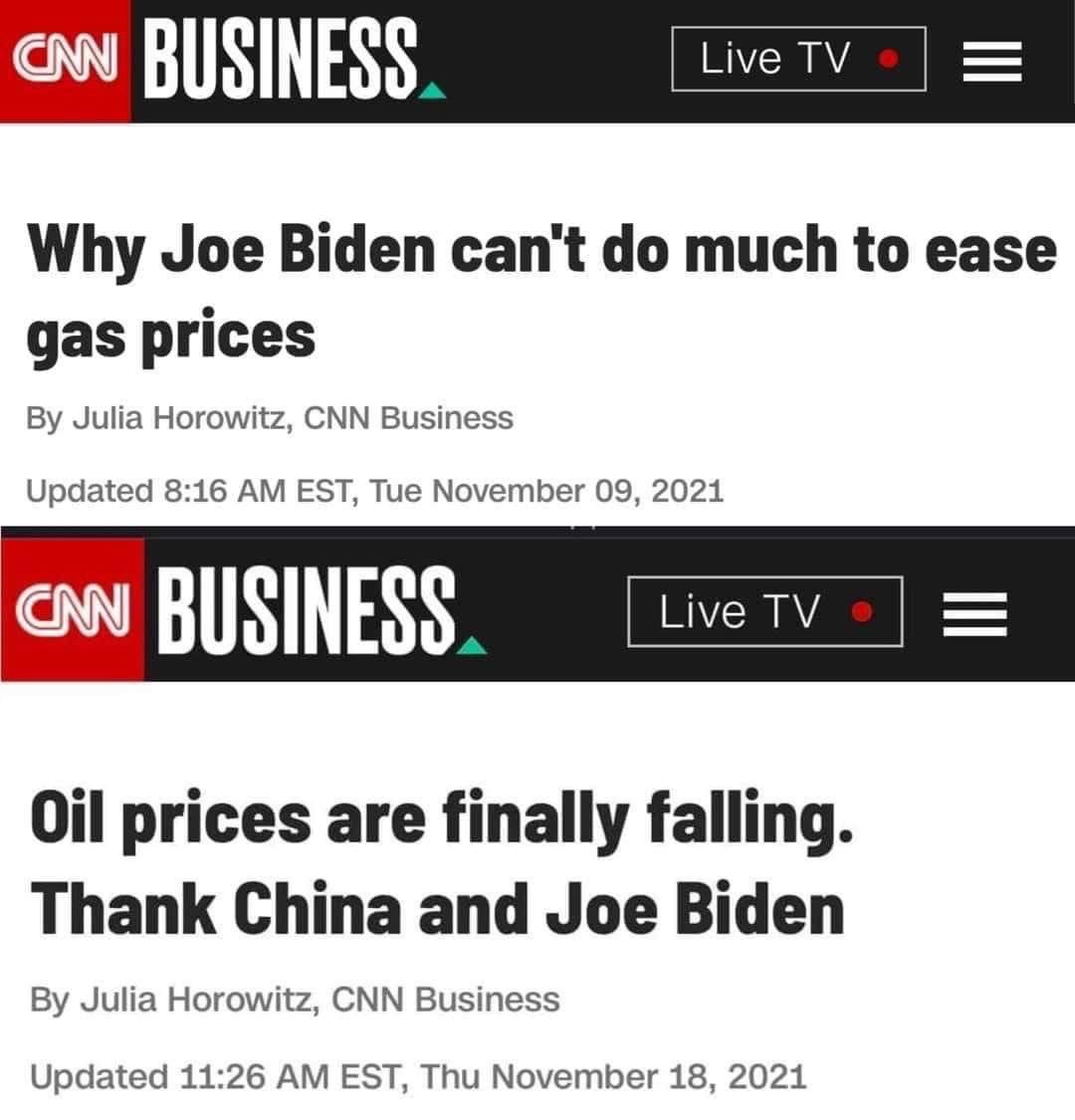 It’s time for your red pill. Something smells rotten in Ukraine. The story is rotten, rancid, hinky, the story just doesn’t add up.

To get your support, they need the media to sell you a bill of goods. But it just doesn’t add up. First, Biden is the one who funded Russia’s invasion. Biden killed our pipelines, killed coal, banned drilling, which made us dependent on Russian oil, which made Russia filthy rich and arrogant. Biden paid for this war.

Second, if Putin is the “bad guy,” if Russia is evil, why is Biden continuing to buy billions of dollars of oil from Russia every day? Does this make sense?

Follow the dots. Biden is a feeble, feckless, old puppet with dementia. George Soros pulls Biden’s strings. Soros is on side of Ukraine. Soros recently said the whole world must support Ukraine. It turns out Soros funded Zelensky and then installed him as president of Ukraine- one of the most corrupt nations on the earth.

Keep in mind, evil billionaire Soros is obsessed with hatred for America. He desperately wants to destroy our country. Soros has funded the invasion of our borders. He helps pay for illegal aliens (many of them criminals, MS-13 gang bangers, murderers) to enter America.

Soros also funded and elected all the horrible, communist DA’s across America. Soros’ DA’s are hell bent on destroying America. They have turned our big cities into killing zones where murderers run free, without even posting bail, while law-abiding citizens are stripped of guns and persecuted for defending themselves.

Soros has paid for the destruction of America. Soros is one of the most evil enemies in our history. If Soros funded the leaders of Ukraine, and put them in power, this has to be a trap. Ukraine must be a “bad guy.”

Now we come to the mainstream fake news media.

Has the media ever told the truth in the seven years since Trump came down that escalator? It’s been nonstop lies, fraud, and propaganda. The media tells you any lie that advances the cause of Democrats, Soros and the destruction of America.

Now after seven years of lies and propaganda, suddenly you trust the media? You believe this one time they’re telling the truth? This one time they have America’s best interests at heart? Even though (pure coincidence) Soros is on the same side as the media. They’re all one big happy family on the side of Ukraine.

I’ll tell what I think.

I think this war is a WMD- a weapon of mass distraction to get your mind off the disaster Biden has created at home- open borders, massive inflation, vaccine mandates crippling the economy, the worst crime wave in history, the worst retreat in US military history in Afghanistan, and $6 per gallon gas.
This is pure “wag the dog” theatre, to save Biden from the worst polls in modern history. Instead of hating Biden, they want you to hate Putin.
This is all part of George Soros and Klaus Schwab’s “Great Reset.” They want to make us all obedient serfs and slaves. They need World War III as a distraction while they destroy America, capitalism, and take your freedoms away.
Here’s my final conclusion. I’m not “for” Russia. I’ll never be a fan of Putin. He’s out for only himself and a new dominant Russian empire. I’m not telling you to take Russia’s side. They are “bad guys.”

But I know if Soros is behind Ukraine, then Ukraine is also a “bad guy.” If Soros wants us involved, I know this war is not in America’s best interest. I know the media is feeding us a load of lies and propaganda- under Soros’ direction.

Like President Trump, I have only one dog in this hunt. I’m ONLY for “America First.” This war is B.S. It doesn’t involve us. We should not be sending billions of dollars in aid, or sending billions in military weapons to Ukraine. I don’t want this to turn into WWIII. I don’t want my kids, or your kids dying over Ukraine. We need to stay a million miles away from this conflict.

Take your red pill and just say “NO” to this wag the dog moment.

Bragging about gene therapy, being labeled a "vaccine".

I told you over 10000000x it is not a vaccine, in the video straight from the gloating Bayer executive: "95% of people would have refused."  But now human nature has kicked in and many people will not admit they made a mistake by signing the liability waivers and then getting jabbed.  My neighbor is having a lot of trouble with his gut after the second jab and the doctors are not able to figure out what is going on.....they are trying to get him into UMD or Johns Hopkins for more thorough analysis. BTW he is saying it was a mistake.

The WHO is the enemy. The gloating begins at 8:20 minutes it won't copy to the point where he says it.

Wisconsin nursing homes had an incredible turn out during the 2020 stolen election. We call this a tip of one the many icebergs that created 20million fake votes to steal an election and commit a coup by the demoncRATS. 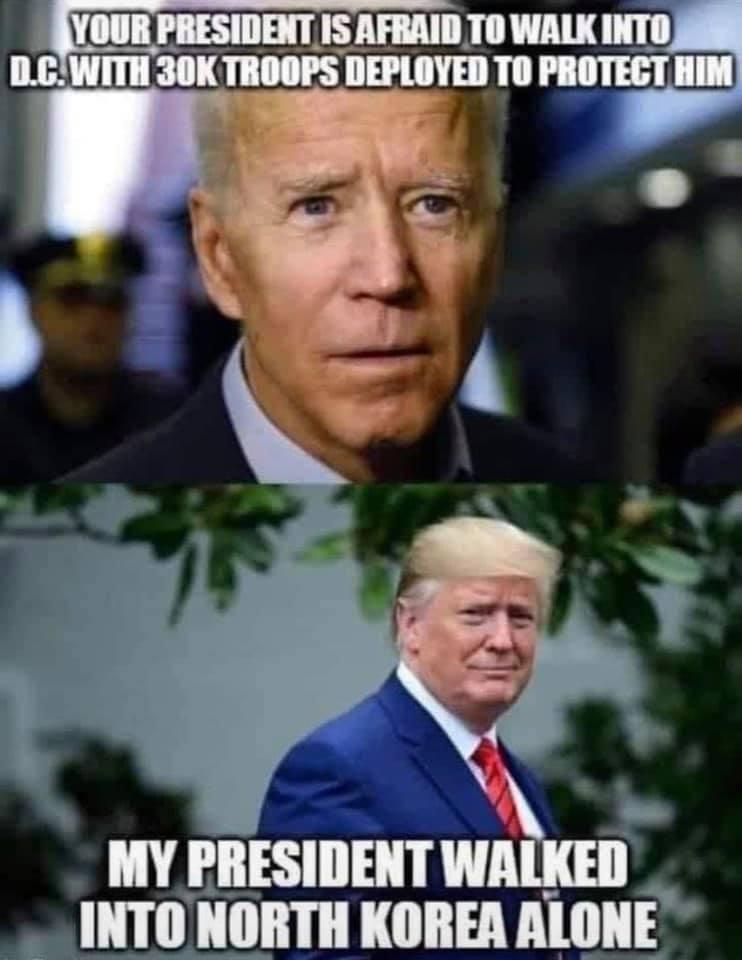 The meme of truth is the most powerful! 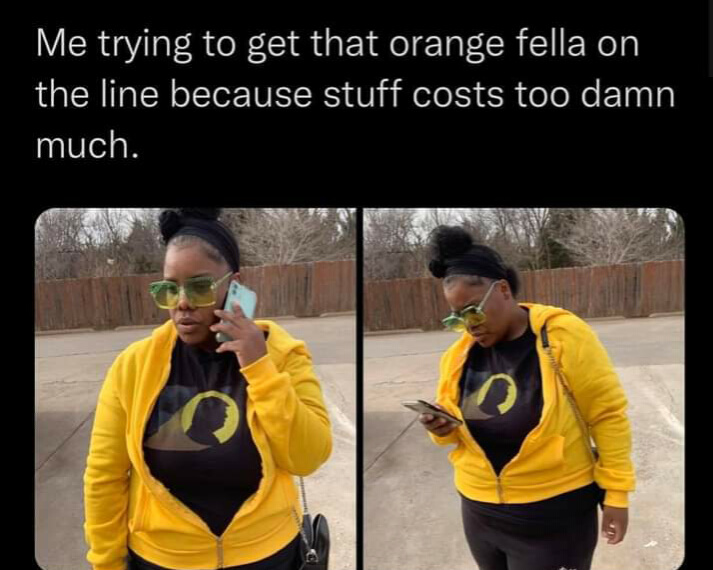 There is a pattern, foot in mouth Peppermint Psaki.

She is good but she ain't perfect, lying is hard.....the truth is much easier.