Why the chicken crossed the road.

Why the Chicken Crossed the Road

Men: A must read.

This is nuts!  I knew it was bad for the brain but this is ridiculous.

this is worse than blue balls.

The guy should be executed immediately.

Fuque off if you don't agree.  This dude is a sick animal that needs to be executed.

barry is a liar.

Did I nail it or what?

I present to you the "hilldog".

They are fundraising already.

GD demoncRATS.  They have no manners,  respect,   or decorum,  the man isn't even cold yet.

The leftists have politicized this already,  I hope they burn in h311 when their time comes especially that [email protected] hairy reed.

Who is this guy?? 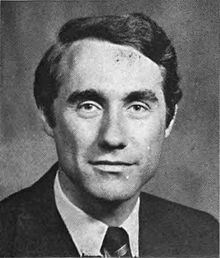 Well, he is a former Democrat congressman who represented
Iowa’s 1st congressional district in the United States House
of Representatives for two terms, from 1973 to 1977.

He sat on the House Judiciary Committee that decided
the fate of Richard Nixon.

He was outspoken saying that Nixon was a crook and a disgrace to
politics and the nation and should be impeached.

He and the Clintons were friends and very politically
intertwined for many years.

Ed Mezvinsky had an affair with NBC News reporter Marjorie Sue
Margolies and later married her after his wife divorced him.

In 1993, Marjorie Margolies-Mezvinsky, then a freshman Democrat in
Congress, cast the deciding vote that got President Bill Clinton’s
controversial tax package through the House of Representatives.

In March 2001, Mezvinsky was indicted and later pleaded guilty
to 31 of 69 counts of bank fraud, mail fraud, and wire fraud.

Ed Mezvinsky embezzled more than $10 million dollars from people
via both a Ponzi scheme and the notorious Nigerian e-mail scams.

He was found guilty and sentenced to 80 months in federal prison.

After serving less than five years in federal prison, he was released in
April 2008 and remains on federal probation.

To this day, he still owes $9.4 million in restitution to his victims.

About now you are saying, “So what!”

Well, this is Marc and Chelsea Mezvinsky. 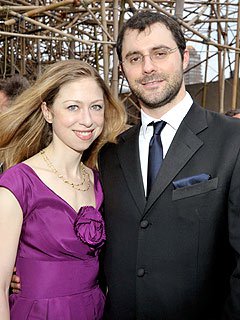 That's Webby's daughter on the left.

Now Marc and Chelsea are in their early thirties and purchased
a $10.5 million dollar NYC apartment (after being married in George Soros’ mansion).

Has anyone heard mention of any of this in any of the media?

If this guy was Jenna or Barbara Bush’s, or better yet, Sarah Palin’s daughter’s father-in- law, the news would be an everyday headline and every detail would be reported over and over.

And yet say there are no double standards in political reporting.

And people are already talking about Hillarious as our next President!

And then there is possibly Chelsea for president in our future!

Lying and corruption seem to make Democrat candidates more popular.
I KNOW ITS STILL EARLY, BUT IN MY OPINION OUR COUNTRY HAS BEEN AN EMBARRASSMENT AND RUN HORRIBLY FOR YEARS. POLITICIANS ARE POLITICIANS AND NO PARTY HAS THE ALL THE ANSWERS, BUT NOW THERE'S THE POSSIBILITY OF THIS S#!++Y FAMILY RUNNING IT FOR ANOTHER 8 YEARS.

Maurice White passed away,  the music up in heaven got a whole lot better,  imagine the first jam sessions Maurice, David, Natalie, Lemmy, Michael on and on,  frinking ridiculous,  may he rest in peace.  Thank you God for having given us these incredibly gifted,  talented people that made us feel so good,  happy,  and made the world a whole lot more beautiful.