Amazing payoff from the technology that captures these images,  click in the image for full detail.

The Weiner from NY Bronx district must go.  He has shamed the Weiner name!  Weiner must go!!!!!!!!!!!!  Oscar and Mayer are very disappointed. 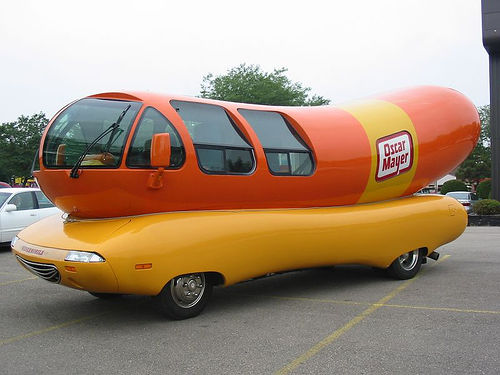 Ride that Wiener Mobile back to the Bronx!


Winston, come into the dining room, it's time to eat," Julia yelled to her husband. "In a minute, honey, it's a tie score," he answered.
Actually Winston wasn't very interested in the traditional holiday football game between Detroit and Washington .

Ever since the government passed the Civility in Sports Statute of 2017, outlawing tackle football for its "unseemly violence" and the "bad example it sets for the rest of the world," Winston was far less of a football fan than he used to be. Two-hand touch wasn't nearly as
exciting.

Yet it wasn't the game that Winston was uninterested in. It was more the thought of eating another Tofu Turkey. Even though it was the best type of VeggieMeat available after the government revised the American Anti-Obesity Act of 2018, adding fowl to the list of federally-forbidden foods, (which already included potatoes, cranberry sauce and mince-meat pie), it wasn't anything like real turkey. And ever since the government officially changed the name of "Thanksgiving Day" to "A National Day of Atonement" in 2020 to officially acknowledge the Pilgrims' historically brutal treatment of Native Americans, the holiday had lost a lot of its luster.

Eating in the dining room was also a bit daunting. The unearthly gleam of government-mandated fluorescent light bulbs made the Tofu Turkey look even weirder than it actually was, and the room was always cold. Ever since Congress passed the Power Conservation Act of 2016, mandating all thermostats - which were monitored and controlled by the electric company - be kept at 68 degrees, every room on the north side of the house was barely tolerable throughout the entire winter.

Still, it was good getting together with family. Or at least most of the family. Winston missed his mother, who passed on in October, when she had used up her legal allotment of life-saving medical treatment. He had had many heated conversations with the Regional Health Consortium, spawned when the private insurance market finally went bankrupt, and everyone was forced into the government health care program. And though he demanded she be kept on her treatment, it was a futile effort. "The RHC's resources are limited," explained the government bureaucrat Winston spoke with on the phone. "Your mother received all the benefits to which she was entitled. I'm sorry for your loss."

Ed couldn't make it either. He had forgotten to plug in his electric car last night, the only kind available after the Anti-Fossil Fuel Bill of 2021 outlawed the use of the combustion engines-for everyone but government officials. The fifty mile round trip was about ten miles too far, and Ed didn't want to spend a frosty night on the road somewhere between here and there.

Thankfully, Winston's brother, John, and his wife were flying in. Winston made sure that the dining room chairs had extra cushions for the occasion. No one complained more than John about the pain of sitting down so soon after the government-mandated cavity searches at airports, which severely aggravated his hemorrhoids. Ever since a terrorist successfully smuggled a cavity bomb onto a jetliner, the TSA told Americans the added "inconvenience" was an "absolute necessity" in order to stay "one step ahead of the terrorists." Winston's own body had grown accustomed to such probing ever since the government expanded their scope to just about anywhere a crowd gathered, via Anti-Profiling Act of 2022. That law made it a crime to single out any group or individual for "unequal scrutiny," even when probable cause was involved. Thus, cavity searches at malls, train stations, bus depots, etc., etc., had become almost routine. Almost.

The Supreme Court is reviewing the statute, but most Americans expect a Court composed of six progressives and three conservatives to leave the law intact. "A living Constitution is extremely flexible," said the Court's eldest member, Elena Kagan. " Europe has had laws like this one for years. We should learn from their example," she added.

Winston's thoughts turned to his own children. He got along fairly well with his 12-year-old daughter, Brittany, mostly because she ignored him. Winston had long ago surrendered to the idea that she could text anyone at any time, even during Atonement Dinner. Their only real confrontation had occurred when he limited her to 50,000 texts a month, explaining that was all he could afford. She whined for a week, but got over it.

His 16-year-old son, Jason, was another matter altogether. Perhaps it was the constant bombarding he got in public school that global warming, the bird flu, terrorism or any of a number of other calamities were "just around the corner," but Jason had developed a kind of nihilistic attitude that ranged between simmering surliness and outright hostility. It didn't help that Jason had reported his father to the police for smoking a cigarette in the house, an act made criminal by the Smoking Control Statute of 2018, which outlawed smoking anywhere within 500 feet of another human being. Winston paid the $5,000 fine, which might have been considered excessive before the American dollar became virtually worthless as a result of QE13. The latest round of quantitative easing the federal government initiated was, once again, to "spur economic growth." This time they promised to push unemployment below its years-long rate of 18%, but Winston was not particularly hopeful.

Yet the family had a lot for which to be thankful, Winston thought, before remembering it was a Day of Atonement. At least he had his memories. He felt a twinge of sadness when he realized his children would never know what life was like in the Good Old Days, long before government promises to make life "fair for everyone" realized their full potential. Winston, like so many of his fellow Americans, never realized how much things could change when they didn't happen all at once, but little by little, so people could get used to them.

He wondered what might have happened if the public had stood up while there was still time, maybe back around 2011, when all the real nonsense began. "Maybe we wouldn't be where we are today if we'd just said 'enough is enough' when we had the chance," he thought.

Maybe so, Winston. Maybe so.