This is wild,  got it in an email.

Have a history teacher explain this----- if they can.

Both were particularly concerned with civil rights.
Both wives lost their children while living in the White House.

Now it gets really weird.

John Wilkes Booth, who assassinated Lincoln, was born in 1839.

Lee Harvey Oswald, who assassinated Kennedy, was born in 1939.

Both assassins were known by their three names.
Both names are composed of fifteen letters.

Now hang on to your seat.

Lincoln was shot at the theater named 'Ford'.
Kennedy was shot in a car called ' Lincoln ' made by 'Ford'.

Booth and Oswald were assassinated before their trials.

And here's the kicker...

Now if any of you are offended you need counseling.  This is so revealing of the hypocracy of these tiny brained trogladytes that proves again that all good humor and irony  is based on the truth of reality.

1. You refine heroin for a living, but you have a moral objection to liquor.

3. You have more wives than teeth.

4. You wipe your butte with your bare hand, but consider bacon "unclean."

5. You think vests come in two styles: bullet-proof and suicide.

6. You can't think of anyone you haven't declared Jihad against.

7. You consider television dangerous, but carry explosives in your clothing.

8. You were amazed to discover that cell phones have uses other than setting off roadside bombs.

9. You have nothing against women and think every man should own at least four.

10. You've always had a crush on your neighbor's goat.

11. Your cousin is president of the United States

Wonder why?  Liars all of them at Scare America.

LOS ANGELES – Air America Radio, a radio network that was launched in 2004 as a liberal alternative to Rush Limbaugh and other conservative commentators, on Thursday shut down abruptly due to financial woes.

The network once boasted hosts such as Al Franken and Rachel Maddow, but struggled from the outset, including multiple management shake-ups, a bankruptcy in 2006 and sale for $4.25 million the following year.

Air America ceased airing new programs Thursday afternoon and said it will soon file to be liquidated under Chapter 7 bankruptcy. It began broadcasting reruns of programs and would end those as well Monday night.

"The very difficult economic environment has had a significant impact on Air America's business. This past year has seen a 'perfect storm' in the media industry generally," the company said in a statement on its Web site.

The New York-based network said its "painstaking search for new investors" came close to succeeding even this week, "but ultimately fell short."

Carey Curelop, operations director for KPTK-AM 1090, an affiliate station in Seattle, said Air America's launch prompted the station to switch from classic country to a progressive talk format in 2005 in the middle of the George W. Bush presidency.

Although the station's programming was once filled entirely by Air America shows, it weaned itself off nearly completely as the company's financial troubles became public. It will only need to replace "The Ron Reagan Show" from 6 p.m. to 9 p.m. and a midnight show called "Clout," but other left-leaning shows are now available from syndicators, he said.

"There was a needed outlet for the left on the air," Curelop said. "We're totally indebted to Air America for launching the network and allowing us to get our feet on the ground."

New York real estate magnate Stephen Green and his brother, politician Mark Green, bought the company out of bankruptcy in March 2007. Messages left for them were not immediately returned.

Air America said 10 consecutive quarters of declining ad revenue and the difficulty of making money on the Internet contributed to its troubles.

The network had some 100 radio outlets nationwide.

Franken, a Democrat, hosted his own show from 2004 to 2007 before leaving to campaign for a U.S. senate seat in Minnesota, which he won last year after a recount battle decided by the state Supreme Court.

Maddow went on to host her own TV show on MSNBC.

Don't forget to set your DVRs!

01/22/2010 Fox news channel 5pm EST. see the real Che, Mao, Stalin, and all the fun revolutionary heroes of the progressive fascist leftists currently in charge of the USAmerican govt..  Not for those weak of stomach or afraid of seeing and understanding the truth.  The left has always waxed nostalgic and glamourized these murdering ba$terd$.

Great web page that explains the way technology is used by thieves to rip us off.   They use a camcorder and card skimmers to steal your PIN and card number.

Look carefully at your machines and you can avoid this.

He goes to NJ, the democrat loses.

He goes to Va.,  the democrat loses.

He goes to Massachusetts,  the democrat loses.

Therefore he must the ONE.

The one that has awakened the USAmerican citizen.

The one that sets the stage for the end of the expanding Federal govt..

The one that proves that 9 fingered ex male ballerinas are poor presidential advisors.

The one that proves Chicago politics only work in Chicago!

And finally,  trying to sound like revival preacher at a political rally is insulting to the intelligence of USAmericans.  (This is the basest of all pathetic attempts to sway an audience,  he still can't be himself without that GD teleprompter the kings clothes are gone!)

This is a tragedy we cannot imagine,  please help.   I constantly harp on how powerful mother nature is,  and boy is she.  Puts global warming in perspective doesn't it? 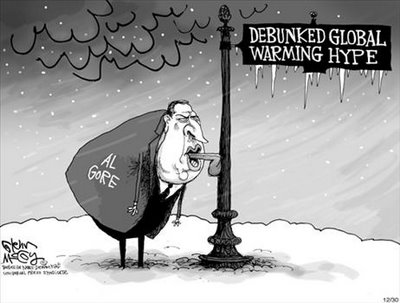 SYRACUSE, NY–The Chair of the Department of Environmental and Forest Biology at SUNY Syracuse says deer overpopulation is a greater threat to biodiversity in New York state than global warming.

Deer overpopulation, on the other hand, does eliminate other species, he noted.

"No other real or perceived threat is so pervasive throughout the entire state, nor eliminates the majority, if not all, of the understory of natural communities, greatly reducing the diversity of our natural communities and the function of these communities," Leopold explained.

"Ignoring what deer are doing... is worse than throwing litter on the highways, driving gas guzzlers, not recycling, and many other actions."

Leopold, who also serves as a Distinguished Teaching Professor in the program, researches "drivers of diversity and causes of varity in terrestrial and wetland ecosystems." According to his website he has published over fifty-five peer-reviewed papers, six books, six book chapters, six invited book reviews, three proceedings, and many miscellaneous publications, all generally about topics in forest and wetland ecology, and native plants.

2. 1st president in history who did not attend any Christmas religious observance.

3. 1st president to remain on vacation after a terrorist attack.

Hoax?  Yeah global warming is a hoax,  designed to remove money from your wallets and reduce our freedoms.

Miami, FL, United States (AHN) - Another wave of frigid weather is battering the eastern two-thirds of the country. States already weary from record low temperatures are getting another blow of freezing temperatures.

The wickedly cold weather of recent has been blamed for five deaths and states not typically used to such prolonged periods of cold are dealing with fears of crop losses.

Parts of Arkansas late in the week may see an actual temperature of 10 degrees. But with a wind chill factor, the temperature is likely to feel closer to 20 below zero. Even Texas is feeling Old Man Winter's fury. The high in Dallas will be in the 20s for two consecutive days - Thursday and Friday. The weather service reports that hasn't happened since 1998 for Dallas.

The National Weather Service has posted a freeze warning for the entire region of South Florida through 10 a.m., meaning it felt like 20 degrees in many places this morning. The days of continued cold and predictions of even more frigid temperatures prompted Florida's Gov. Charlie Crist to declare a state of emergency.

His decree was out of fears the cold could damage the state's crop industry. By issuing the order several bans are lifted, namely lifting weight limits on trucks so farmers can salvage crops already harvested and get them out of the danger zone