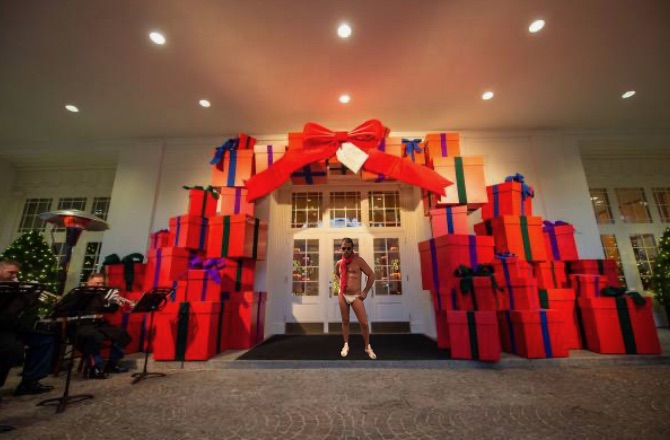 Well that 'splains it for some of the jab fanatics here.  Kind of disturbing to read about the first young lady that freaked out after the jabbing.

The coming playbook story lines for the big "Omicron" narrative.

Yesterday the WHO labelled the sars-cov-2 variant B.1.1.529 as a “variant of concern” and officially named it “Omicron”.

This was as entirely predictable as it is completely meaningless. The “variants” are just tools to stretch the story out and keep people on their toes.

If you want to know exactly how the Omicron variant is going to affect the narrative, well The Guardian has done a handy “here’s all the bull<snip> we’re gonna sell you over the next couple of weeks” guide:

The Omicron variant is more transmissable, but they don’t know if it’s more dangerous yet (keeping their options open).
It originated in Africa, possible mutating in an “untreated AIDS patient” (sick people are breeding grounds for dangerous “mutations”).
“it has more than double the mutations of Delta…scientists anticipate that the virus will be more likely to infect – or reinfect – people who have immunity to earlier variants. (undermining natural immunity, selling more boosters, keeping the scarefest going).
“Scientists are concerned” that current vaccines may not be as effective against the new strain, they may need to be “tweaked” (get your boosters, and the new booster we haven’t invented yet)
“Scientists expect that recently approved antiviral drugs, such as Merck’s pill, will work as effectively against the new variant” (more on this later)
It’s already spreading around the world, and travel bans may be needed to prevent the need for another lockdown
We’re already seeing preparations for more “public health measures”, with the press breathlessly quoting “concerned” public health officials. We’re being told that a new lockdown won’t be necessary…as long as we remember to get boosted and wear masks and blah blah blah.

Generally speaking, it’s all fairly boilerplate scary nonsense. Although it is quite funny that the Biden administration has already put a bunch of African nations on a travel ban list, when Biden called Trump a racist for doing the same thing in 2020.

Covid tard confronted for taking photos of man and daughter.

This is what the left has sown and reaped with this pandemic insanity. The video is within the link. The covid tard is so frinking squirrelly it is almost funny but sad at the same time there are people like this present in society.

Joepedo is a pathetic, racist, and a POS senile hypocrite.

Well, that 'splains that Lucy. Very insightful read of the Waukesha response.

This has to go away quickly the narrative can not be derailed!!!!!!!!!

Perverts gotta pervert and joepedo has always been perv. Good for that little girl!!!!!!! Wish she had poked an eye out.

Just a matter of time. We will rebuild again.

Another big lie repeated by joepedo and the mainstream media, they just talk out their methane openings. And his attackers weren't black and Jacob Blake isn't dead.FJB (Fuque Joe Bydone) 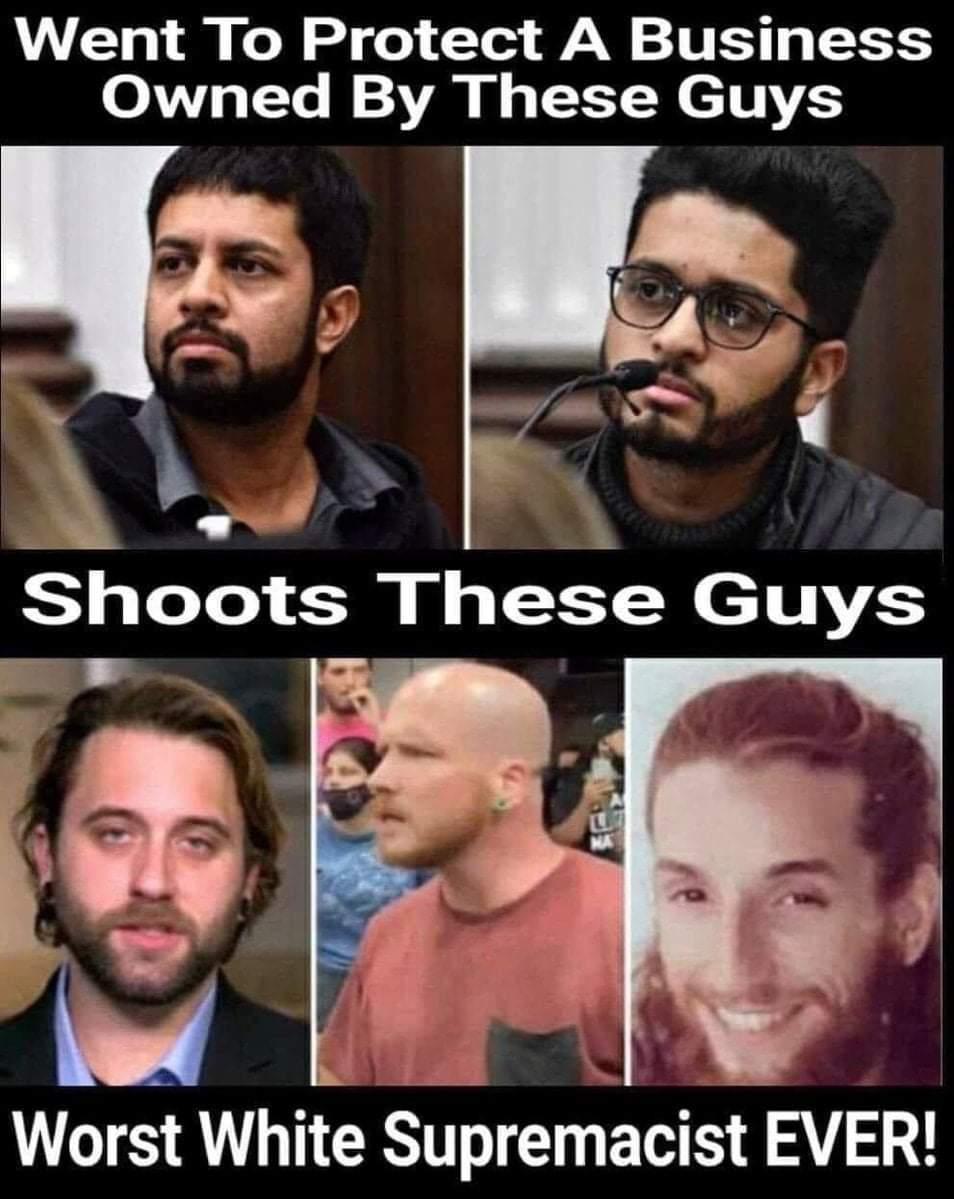 Acquitted Not Guilty on all charges. 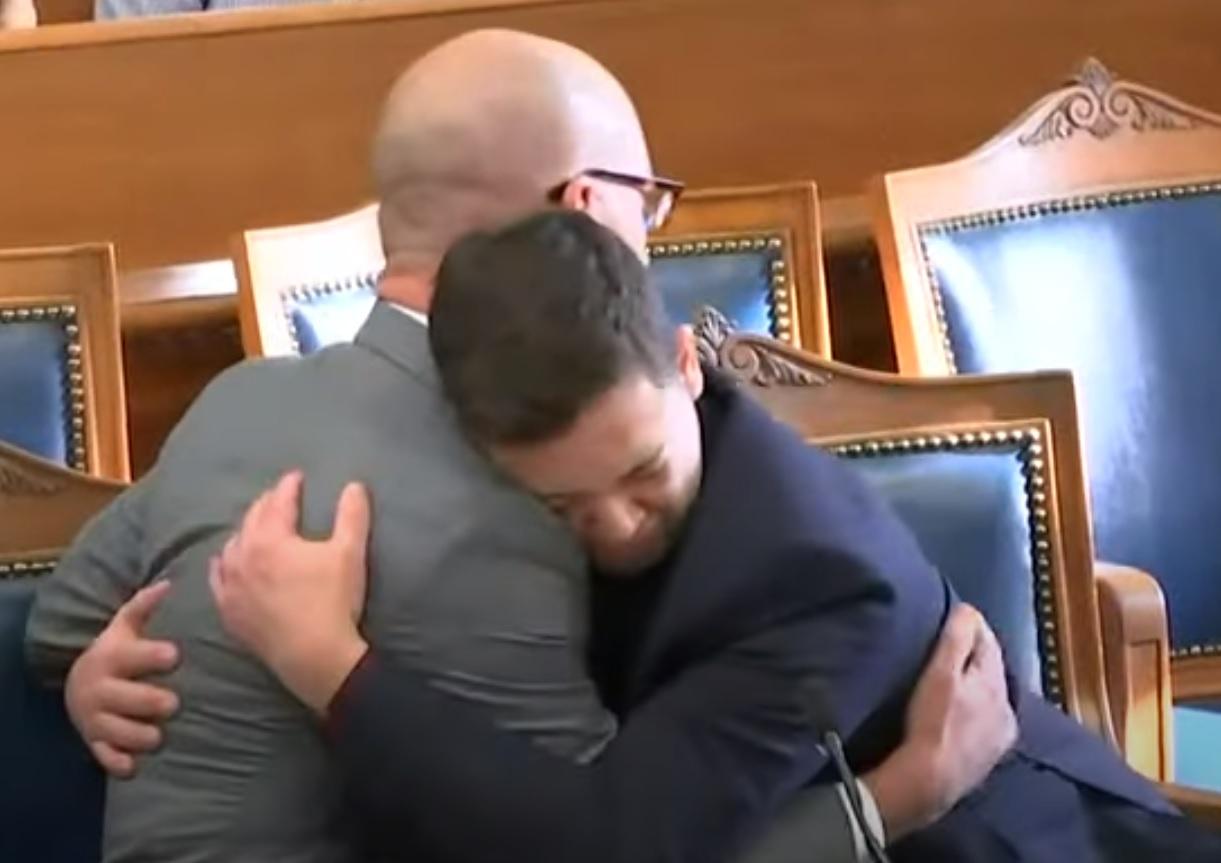 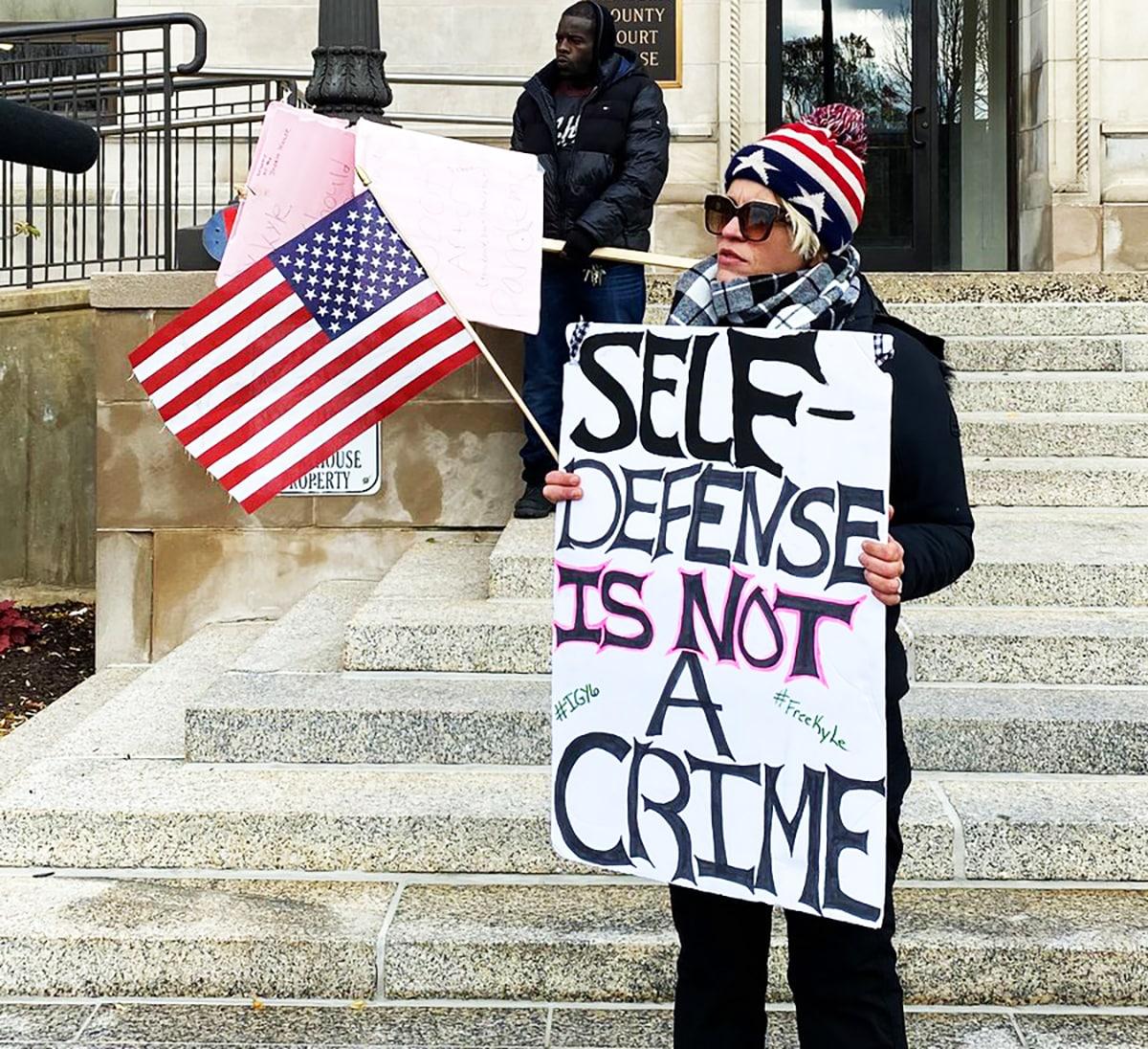 Archbishop Vigano gets it.

1
APPEAL FOR AN ANTI-GLOBALIST ALLIANCE FOR TWO YEARS NOW
we have been witnessing a globalcoup d’état  ,  in which a financial and ideological elite has succeeded in seizing controlof part of national governments, public and private institutions, themedia, the judiciary, politicians and religious leaders. All of these, withoutdistinction, have become enslaved to these new masters who ensure power,money and social affirmation to their accomplices. Fundamental rights, whichup until yesterday were presented as inviolable, have been trampled underfootin  the  name  of  an  emergency:  today  a  health  emergency,  tomorrow  anecological emergency, and after that an internet emergency.
This global coup d’état   deprives citizens of any possibility of defense, sincethe legislative, executive, and judicial powers are complicit in the violation of  law, justice, and the purpose for which they exist. It is a global
coup d’état   because  this  criminal  attack  against  citizens  extends  to the  whole world,  withvery rare exceptions. It is a world war, where the enemies are all of us, eventhose who unwittingly have not yet understood the significance of what ishappening. It is a war fought not with weapons but with illegitimate rules,wicked economic policies, and intolerable limitations of natural rights.Supranational organizations, financed in large measure by the conspirators of  this coup d’état
, are interfering in the government of individual nations and inthe lives, relationships, and health of  billions of  people. They are  doing it for  money, certainly, but even more so in order to centralize power so as toestablish a planetary dictatorship. It is the
Great Reset
of the World EconomicForum, the
Agenda  2030
of the United Nations. It is the plan of the NewWorld Order, in which a Universal Republic enslaves everyone and a Religionof Humanity cancels Faith in Christ.In the face of this global
coup d’état
, it is necessary to form an internationalAnti-Globalist  Alliance,  which  gathers  all  those  who want  to  oppose  thedictatorship, who have no intention of becoming slaves to a faceless power,who are not willing to cancel their own identity, their own individuality, their  own religious faith. If the attack is global, the defense must also be global.I call upon rulers, political and religious leaders, intellectuals and all people of  good will, inviting them to unite in an Alliance that launches an anti-globalistmanifesto, refuting point-by-point the errors and deviations of the dystopia of  the  New  World  Order  and  proposing  concrete  alternatives  for  a  political program  inspired  by  the  common  good,  the  moral  principles  of  Christianity,traditional values, the protection of life and the natural family, the protection

2
of business and work, the promotion of education and research,  and respect for  Creation.This  Anti-Globalist  Alliance  will  have  to  bring  together  the  Nations  thatintend to escape the infernal  yoke of tyranny and affirm their own sovereignty,forming agreements of mutual collaboration with Nations and peoples whoshare  their  principles  and the  common  yearning  for  freedom,  justice,  andgoodness. It will have to denounce the crimes of the elite, identify thoseresponsible, denounce them to international tribunals, and limit their excessive power and  harmful influence.  It will  have to  prevent the  action of  the lobbies,above all by fighting against the corruption of state officials and those whowork  in  the  information  industry,  and  by  freezing  the  capital  used  todestabilize the social order.In Nations where governments are subservient to the elite, they will be able toestablish popular resistance movements and committees of national liberation,including representatives of all sectors of society who propose a radical reformof politics, inspired by the common good and firmly opposed to the neo-malthusian project of the globalist agenda.I invite all those who want to defend traditional Christian society to meettogether in an international forum, to be held as soon as possible, in whichrepresentatives of various nations come together to present a serious, concrete,and clear proposal. My appeal is made to political leaders and to rulers whocare about the good of their citizens, leaving aside the old systems of political parties and the logic imposed by a system enslaved  to power and money. I callthe Christian nations together, from east to west, inviting Heads of State andthe healthy forces of institutions, the economy, labor, universities, health careand information to join a common project, disrupting the old systems and putting aside  the hostilities  that are  desired by  the enemies  of humanity  in thename of
divide et impera
. We do not accept our adversary’s rules, becausethey  are  made  precisely  to  prevent  us  from  reacting  and  organizing  aneffective and incisive opposition.I call upon Nations and their citizens to ally themselves under the Cross of Our  Lord Jesus Christ, the only King and Savior, the Prince of Peace.
In hoc signovinces
.Let us found this Anti-Globalist Alliance, let us give it a simple and clear   program,  and  let  us  free  humanity  from  a  totalitarian  regime  that  bringstogether in itself the horrors of the worst dictatorships of all time. If wecontinue to delay, if we do not understand the threat that looms over us all, if  we do not react by organizing ourselves into a firm and courageous resistance,this infernal regime that is establishing itself everywhere will not be able to bestopped.And may Almighty God assist us and protect us.
3
+ Carlo Maria Viganò,
Archbishop Former Apostolic  Nuncio to  the United States  of Americ
posted by jarasan  # 11:42 AM 3 comments 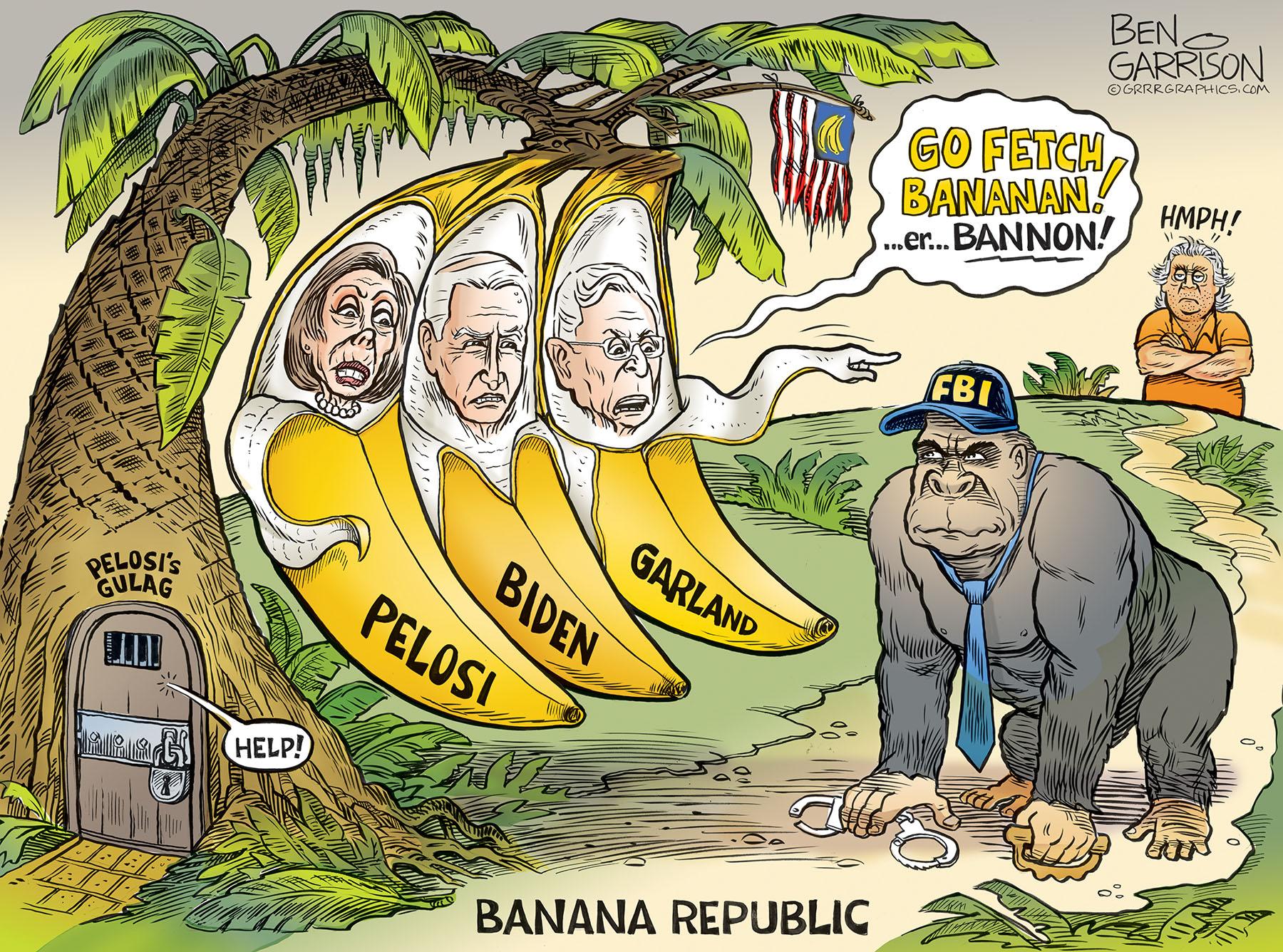 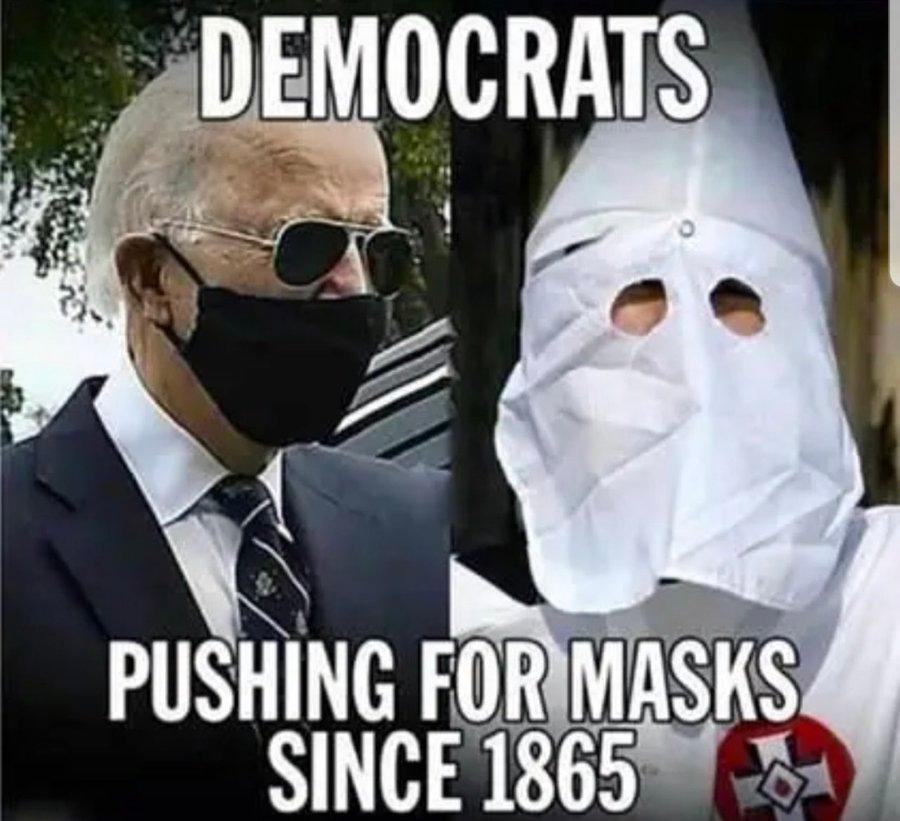 They have been at it since the 60's, the marxists must be crushed, people are waking up.

Retired FBI agents at a symposium a few days ago spell it out. The FBI must be drained down to the last recruit and janitor.

The mandate is toast. FJB LGB and the entire sh1t show cult of this illegitimate admin..

Joke on America, the incompetence is becoming dangerous.

I present the poster child for liberalism, Gov. Kate Brown. 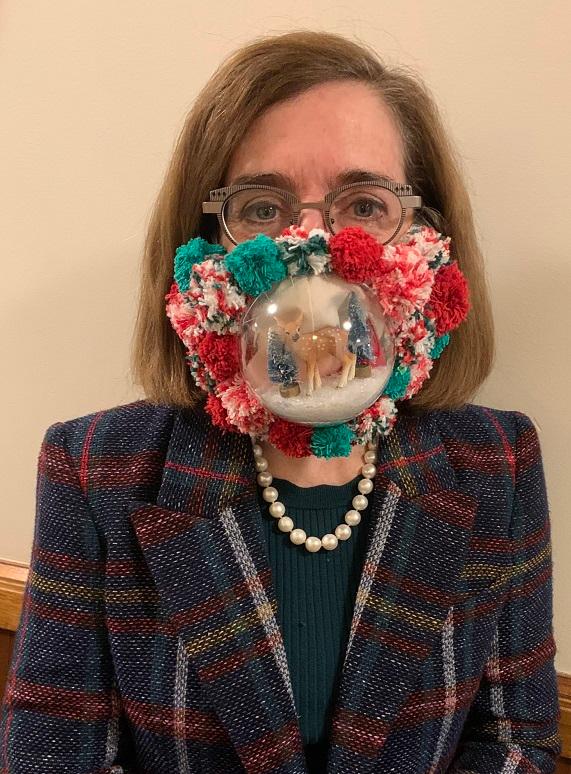 From now on this is what comes to mind when I think liberal (which they truly are not...they actually are sick twisted fascist bitches that hate America).

Fraudchi admits they don't work as advertised and the vaccinated are in grave danger.

Didn't see this coming, and he admitted it to the NYT.

“They are seeing a waning of immunity not only against infection but against hospitalization and to some extent death, which is starting to now involve all age groups. It isn’t just the elderly,” Fauci said. “It’s waning to the point that you’re seeing more and more people getting breakthrough infections, and more and more of those people who are getting breakthrough infections are winding up in the hospital.”

Icelandverse, awesome alternative to the Metaverse.

Another cardiologist eats his words and bites the dust.

No tears allowed he said it himself. There is some bad sh1t in those boosters. 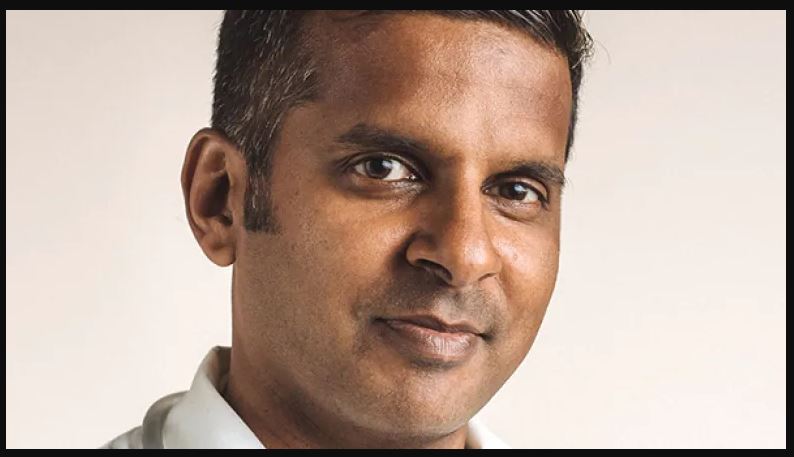 Par for the course, he is a plantation minded Democrat cracker....if a repubic had said this there would be h3ll to pay. 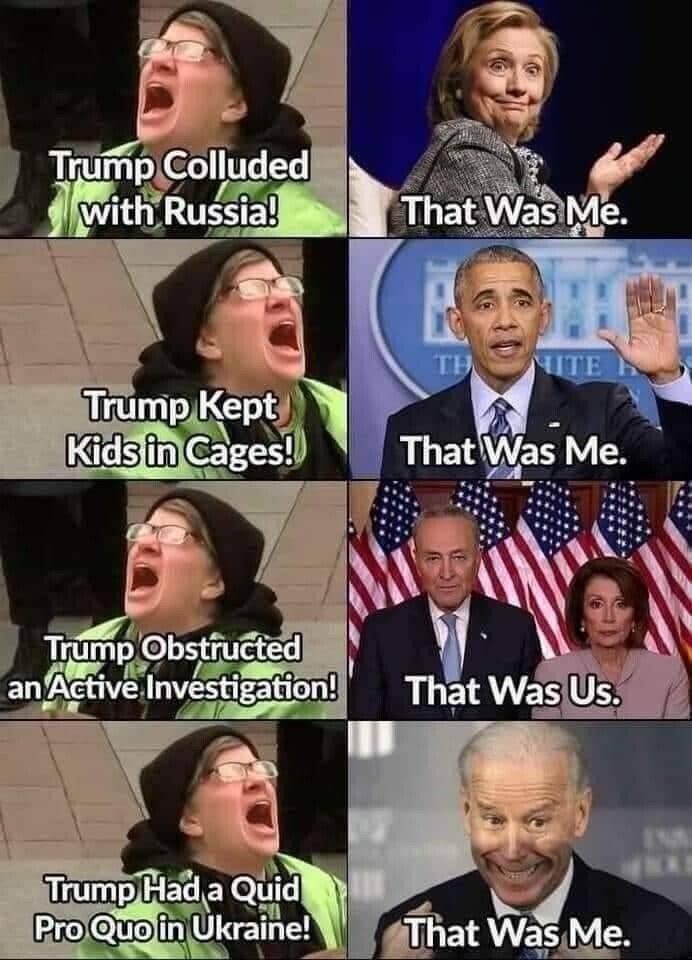 A potato will cost $4.00 apiece before this basturd gets thrown out of office.

46% say he is doing even a worse job than they thought possible.

He is illegitimate, no doubt.

They have been dying from heart issues, athletes all over the world.

This article and accompanying list is so long it defies odds that they aren't related to the jab (death jab). Where in the world in Gavin Waldo Newsom?

That's strange. He is a camera hound especially since the stolen recall. Camilla can not un smell the smelly #poopypants.' The Duchess of Cornwall had a few wrinkles straightened out by joepedo.

Last night did not prove there is no election fraud.

They are going to use last night like a "see I told you so". Honest people on both sides know that cheating must be eliminated, mail in ballots and harvesting must end ASAP if we are ever going to trust elections again.

Now these MFer's on Fox are hemmering and hawwing on calling it. F Hemmer, McCallum, and Baier, throwing doubt in the obvious win.

Why do they call him sleepy Joe?

Embarrassment to the max on the world stage, yup America has become a joke in 10 months.