Krauthammer got one spot on.

Chuckles Krauthammer  made one excellent point on this whole NorKork hacking incident..................Why in the fuque do we have a Dept of Homeland Security.   But boy by golly there is so much misinformation being propagated by ignorant of IT technology talking heads that it is starting to get on my nerves.  You have barry telling us that the inter net is the wild west and Chuckles telling us they can bring us down to our knees unless the government gets involved managing the CYBERWAR?????.........sheesh,  doesn't Chuckles see his own hypocrisy in believing the Govt.  can protect us.... when they just hacked the GDam whitehouse two months ago,  grow brains people,  get educated ASAP.  LifeLock??????????? Really??????? Who's watching/feeding THOSE DB's???????????????? Huhh?????

I wrote earlier on how to deal with commie trolls, this is how they want to play.

These commie morons want the idiot masses to believe they could put up a fight with the US,  even the Chinese won't help these fascists.


A store that sells new husbands has opened in New York City , where a woman may go to choose a husband. Among the instructions at the entrance is a description of how the store operates:

You may visit this store ONLY ONCE! There are six floors and the value of the products increase as the shopper ascends the flights. The shopper may choose any item from a particular floor, or may choose to go up to the next floor, but you cannot go back down except to exit the building!

So, a woman goes to the Husband Store to find a husband. On the first floor the sign on the door reads:

Floor 1 - These men Have Jobs.


She is intrigued, but continues to the second floor, where the sign reads:

Floor 2 - These men Have Jobs and Love Kids.


So she continues upward. The third floor sign reads:

Floor 3 - These men Have Jobs, Love Kids, and are Extremely Good Looking.

'Wow,' she thinks, but feels compelled to keep going.

She goes to the fourth floor and the sign reads:

Floor 4 - These men Have Jobs, Love Kids, are Drop-dead Good Looking and Help With Housework.

Still, she goes to the fifth floor and the sign reads:

Floor 5 - These men Have Jobs, Love Kids, are Drop-dead Gorgeous, Help with Housework, and Have a Strong Romantic Streak.

She is so tempted to stay, but she goes to the sixth floor, where the sign reads:

Floor 6 - You are visitor 31,456,012 to this floor. There are no men on this floor. This floor exists solely as proof that women are impossible to please. Thank you for shopping at the Husband Store.

The first floor has wives that love sex.

The third, fourth, fifth and sixth floors have never been visited.

The Sony hack was facilitated by an insider........................the network wasn't hacked,  the keys and map were given to the sh1thead NK operatives by the weakest link in any network.............. a disgruntled human idiot that sold out.  Everyone should know the weakest link in IT security is the human.  A hack of this degree has to have had insider info..  They will find out who it is and they should make an example out of them,  perpetual jail term,  no parole.

OK,  so now we know how the NK dipsh1ts "hacked the Sony",  if I was in charge and a threat like the one they made was issued, this would be my response, one dead American by a NK terrorist,  peedong kenang go bye bye.  Trust me that would stop this sh1t,  fuquing commie trolls. 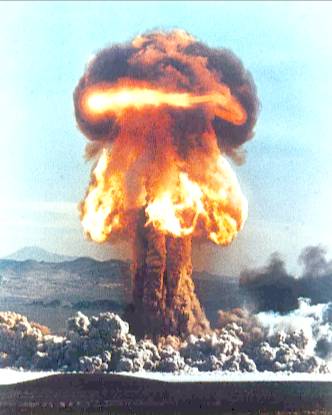 Fuque these ignorant commies, the blast shown is a 50K,  I would give them a MegaTon up the Yong Yang X 10.  And then we might see this kind of sh1t ending real quick. And I would hope they retaliate HAHAHAHA!

The root of the problem.

The common thread between the deaths of Brown and Garner was tobacco,  Brown stole some blunt material and Garner was selling single cigarettes.   Where have we arrived????????  The economy is AFU  because of the government's addiction to our hard earned dollars has come to a boiling point.  The police are forced to be a$$holes to make sure people pay that tax money, forget rapists murderers gang bangers,  get the tobacco thieves!!!!!!! Disgusting!  The barry administration is race baiting this because if the economy was healthy and we are were working,  and the govts. were not so sh1tty,  none of this would be happening.  like I wrote before all of this strife is going down in the demoncrat controlled states, right smack in the middle of the nanny states.  If unemployment was low and people had work...............Life is cheap to the fascists in charge,  and being a cop in a bad economy with bad politicians is a tough job.  Rand Paul has some good points.