I have been listening to the talking heads for the past couple of days about the danger of cell phones, possibly worse than smoking .  Since it is an important issue of today I would like to pass on the critical thing to take away from these warnings.  I have always said, about cell phone usage, that is, if one is holding the phone closely against your head, don't.  Get an earpiece not a Blue tooth! or use the speaker.   The reason is simple, the near EMF (Electro Magnetic Force) of antennae according to Maxwell's laws is strong, and can be explained  in laymans terms:  The strength of an EMF  flux field (the field generated by the emitter (antenna) is inversely proportional to the distance from the source). In other words a changing electrical field creates a changing magenetic field and vice-versa this is how antennas and all over air communications are possible (of course at the speed of light).

When you are very close physically to a cell phone or any transmitter/transciever during conversation the flux (EMF field is very strong) the electro and magneto components of the "signal" are very tight (that is; they effect whatever the medium they are in almost in unison) this is bad for biological cells (us).  As you move "away" the electro and magneto components flux decrease by an proportional inverse factor of distance from the source.  For eg. the difference between being 1 inch and 1 foot is a factor of 1/12 field strength relative to being 1 inch away, if you are two feet away the field strength 1/12 X 1/12 or 1/144 field strength essentially.

This is why I didn't go into high energy communications, you essentially get slow cooked over the years, you don't do the job very long.

Home cordless sets work on lower energy levels and frequencies, not nearly as strong as necessary to reach a cell tower.

What happened?  The Dems. on parade, how things change for political expediency.  They have no idea how important it is to follow thru and support the troops and have a unified country.  The enemy would never mess with us again if this were the case.

War ain't what it used to be.

There were 39 combat related killings in Iraq in January.
In the fair city of Detroit there were 35 murders in the month of January.
That's just one American city,
about as deadly as the entire war-torn country of Iraq .
When some claim that President Bush shouldn't
have started this war, state the following:

f. Clinton went to war in Bosnia without UN or French consent.
Bosnia never attacked us .
He was offered Osama bin Laden's head on a platter three
times by Sudan and did nothing.
Osama has attacked us on multiple occasions.


g. In the years since terrorists attacked us ,
President Bush has liberated two countries,
crushed the Taliban, crippled al-Qaida,
put nuclear inspectors in Libya , Iran , and, North Korea
without firing a shot, and captured a terrorist who
slaughtered 300,000 of his own people.

The Democrats are complaining
about how long the war is taking.

But Wait
It took less time to take Iraq than it took Janet Reno
to take the Branch Davidian compound.
That was a 51-day operation..
We've been looking for evidence for chemical weapons
in Iraq for less time than it took Hillary Clinton to find
the Rose Law Firm billing records.

It took less time for the 3rd Infantry Division and the
Marines to destroy the Medina Republican Guard
than it took Ted Kennedy to call the police after his
Oldsmobile sank at Chappaquiddick.

It took less time to take Iraq than it took
to count the votes in Florida !!!

Our Commander-In-Chief is doing a GREAT JOB!
The Military morale is high!

Eliot Spitzer, what a jerk. Arrogant, better than thou, Democrat bully, and Gov. of the Great State of New York..........

The wiretap recording, made during an investigation of a prostitution ring called Emperors Club VIP, captured a man identified as Client 9 on a telephone call confirming plans to have a woman travel from New York to Washington, where he had reserved a room. The person briefed on the case identified Mr. Spitzer as Client 9.

The governor learned that he had been implicated in the prostitution probe when a federal official contacted his staff last Friday, according to the person briefed on the case.

The governor informed his top aides Sunday night and this morning of his involvement. He canceled his public events today and scheduled an announcement for this afternoon after inquiries from the Times.

The governor's aides appeared shaken, and one of them began to weep as they waited for him to make his statement at his Manhattan office. Mr. Spitzer was seen leaving his Fifth Avenue apartment just before 3 p.m. with his wife of 21 years, Silda, heading to the news conference.

The man described as Client 9 in court papers arranged to meet with a prostitute who was part of the ring, Emperors Club VIP, on the night of Feb. 13. Mr. Spitzer traveled to Washington that evening, according to a person told of his travel arrangements.

The affidavit says that Client 9 met with the woman in hotel room 871 but does not identify the hotel. Mr. Spitzer stayed at the Mayflower Hotel in Washington on Feb. 13, according to a source who was told of his travel arrangements. Room 871 at the Mayflower Hotel that evening was registered under the another name.

This is Red Skelton, sharing an experience he had as a young student before there were 50 states.  It is 39 years ago (1969) he did this performance, yet there is something Nostradamical about it, it is only 4 minutes long and it reminded me of what the pledge really means. I hope you enjoy this.

This is a great feature in National Geographic this month, and it is generous of them to post it on the web. Very ambitious project, this thing is massive it has a 17 mile diameter running underground through Switzerland and France. It is hoped to answer many questions, most of all the theoretical Higgs particle.  I have some friends that work at the NRC and they are psyiked. You think your electric bill is high? 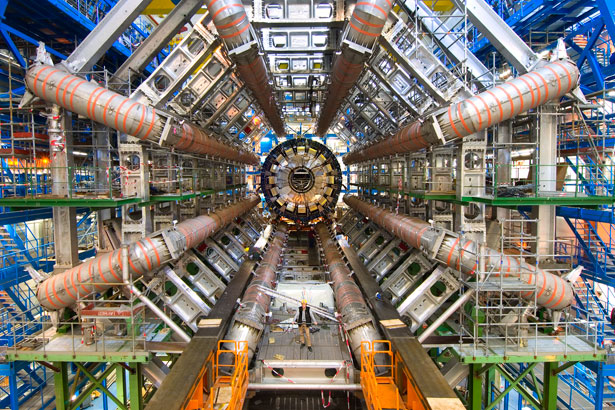 The heart of matter. Francois is one happy physicist.