What Killed the Democratic Party?

Pat Robertson demands Trump fire Mueller and pardon everyone: 'This whole thing has to be shut down!

Trump Responds To Manafort Charges: 'Sorry' But This Isn't My Problem

Just $1 to help us: Eric Trump email after Manafort indictment asks for cash because dad's still...

Trump: Clinton/Russia Ties Should Be Investigated

Is this who we are?

Jane Fonda: Weinsten Victims Being Heard Because They're Famous and White

People are terrified they'll be next victim of 'knockout game'

Ronald Reagan Jr. scorches Trump and his GOP enablers as traitors to the US

White House: All of the women who have accused Trump of sexual harassment are lying

Both Parties Trying Even Harder to Defeat Themselves

Trump has won the civil war where it counts with voters

California Tried to Seize Millions of This Inventor's Fortune. He Fought Back. And Won

NYC mayoral candidate once tried to hijack an airplane

Say goodbye to your Republican Party

Gold Star Father: Trump upset widow due to his 'inability to use the English language'

Would Be Robber Walks Into Punch From Store Clerk

Obama only president since Nixon who didn't face an independent investigation

Billionaire withholds $90,000 school tax payment because too many geese are on his lawn 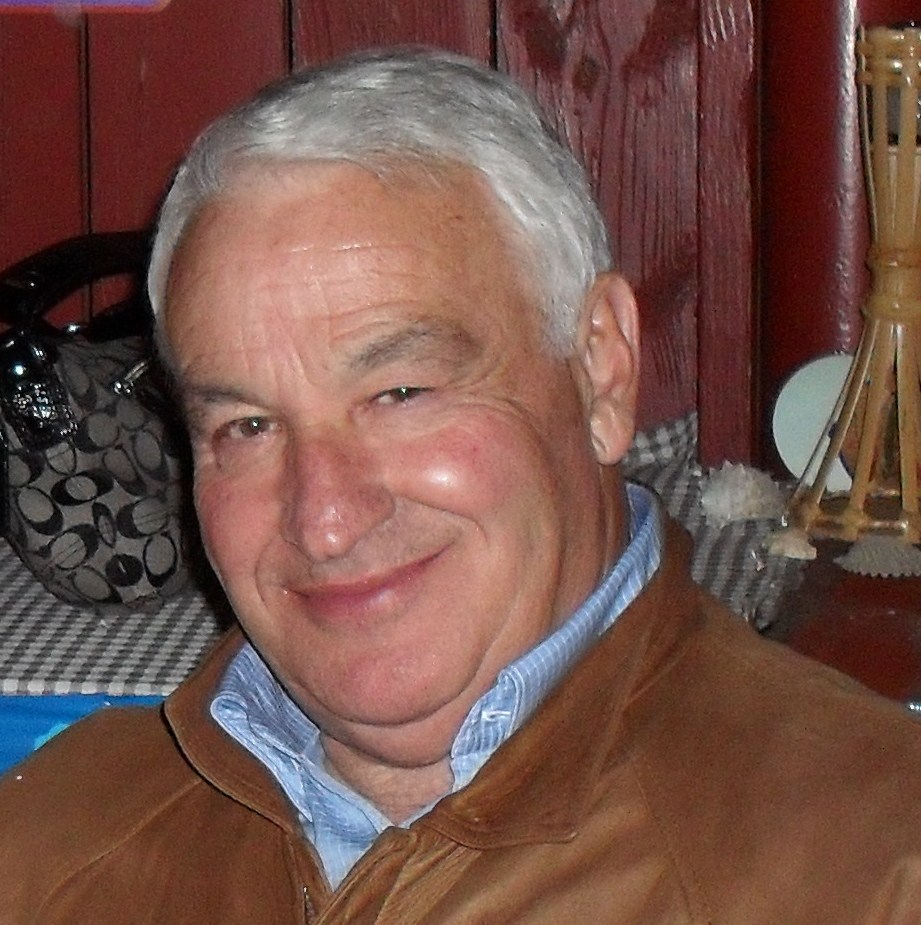 Christie: Trump Gets Mad And 'Yells At Me At Times, But He Respects Me'

After Weinstein's fall, Trump's sexual harassment accusers wonder where his punishment is

After Bush & Obama's speeches, will more statesmen speak up?

Sharpton: I Disagreed With George W Bush A Lot He Never Got in Gutter

Newly surfaced video from 2015 proves Kelly's smear of Rep. Wilson was wrong on the facts

The G.O.P. Is No Party for Honest Men

Snowflakes on the Right: Conservative Hecklers Shut Down Speakers at Whittier College

Mother Of Fallen Soldier: 'President Trump Did Disrespect My Son'

Congresswoman: Trump told soldier's widow 'he knew what he signed up for'

Trump to slain soldier's widow:  'He knew what he signed up for'

How Hillary Clinton Still Can, and Should, Become President After the Trump-Russia Investigation

The government's shameful role in the opiod crisis

Is Donald Trump Installing a Mole in the Mueller Probe?

Can Democrats win back the House?

Miami congressional candidate claims she was visited by aliens

Silence of the Republican Lambs

Psychologists march through NY to call for Trump's removal

Hillary: 'We Just Elected a Person Who Admitted Sexual Assault to the Presidency'

Republicans, it's time to panic

Sen. Bob Corker (R-Tenn.) weighed in on the tumult within President Trump's administration on Oct. 4, and said Secretary of State Rex Tillerson "ends up not being supported in a way that I would hope a secretary of state would be supported." (C-SPAN)

In the midst of a governing crisis, House Speaker Paul D. Ryan (R-Wis.) has once again risen to his role as the voice of bland complacency. Concerning the open warfare between President Trump and Sen. Bob Corker (R-Tenn.), Ryan advises “these two gentlemen to sit down and just talk through their issues.”

But what are Corker’s “issues”? He has asserted that Trump requires constant handling to control his volatility: “I know for a fact that every single day at the White House, it’s a situation of trying to contain him.” Corker has accused Trump of lacking strategic thinking: “A lot of people think that there is some kind of ‘good cop, bad cop’ act underway, but that’s just not true.” Corker has called out Trump’s routine deceptions: “I don’t know why the president tweets out things that are not true.” Corker has talked of Trump’s vacuity: He acts “like he’s doing ‘The Apprentice’ or something.” Corker, who chairs the Senate Foreign Relations Committee, has expressed the fear that Trump’s instability could lead to conflict: “We could be headed toward World War III with the kind of comments that he’s making.”

So how does Ryan imagine a Corker/Trump conversation might unfold? Over dinner, Corker accuses the president of being a chaotic, directionless, shallow liar who could start a nuclear war. Trump passes the peas and attacks Corker for being short. This is, after all, the way gentlemen resolve their differences.

GOP denial about Trump has generally taken Ryan’s form. The president may be eccentric and divisive, but Republicans need to keep their heads down and think of tax reform. This assumes that the main challenge is to avoid distraction from essential tasks.

But the real problem has always been Trump’s fundamental unfitness for high office. It is not Trump’s indiscipline and lack of leadership, which make carrying a legislative agenda forward nearly impossible. It is not his vulgarity and smallness, which have been the equivalent of spray-painting graffiti on the Washington Monument. It is not his nearly complete ignorance of policy and history, which condemns him to live in the eternal present of his own immediate desires.

It's like the movie "Mean Girls," except it's in the White House. Unfortunately. (Gillian Brockell/The Washington Post)

No, Corker has given public permission to raise the most serious questions: Is Trump psychologically and morally equipped to be president? And could his unfitness cause permanent damage to the country?

It is no longer possible to safely ignore the leaked cries for help coming from within the administration. They reveal a president raging against enemies, obsessed by slights, deeply uninformed and incurious, unable to focus, and subject to destructive whims. A main task of the chief of staff seems to be to shield him from dinner guests and telephone calls that might set him off on a foolish or dangerous tangent. Much of the White House senior staff seems bound, not by loyalty to the president, but by a duty to protect the nation from the president. Trump, in turn, is reported to have said: “I hate everyone in the White House.” And also, presumably, in the State Department, headed by a secretary of state who apparently regards his boss as a “moron.”

It was once urged, “Let Reagan be Reagan.” Who, besides the oleaginous Sean Hannity, would say, “Let Trump be Trump”? The security of our country — and potentially the lives of millions of people abroad — depends on Trump being someone else entirely. It depends on the president being some wise, strategic, restrained leader he has never been.

The time for whispered criticisms and quiet snickering is over. The time for panic and decision is upon us. The thin line of sane, responsible advisers at the White House — such as Chief of Staff John F. Kelly, Defense Secretary Jim Mattis and Secretary of State Rex Tillerson — could break at any moment. Already, Trump’s protests of eternal love for Kelly are a bad sign for the general’s future. The American government now has a dangerous fragility at its very center. Its welfare is as thin as an eggshell — perhaps as thin as Donald Trump’s skin.

Any elected Republican who shares Corker’s concerns has a political and moral duty to state them in public. If Corker is correct, many of his colleagues do have such fears. Their silence is deafening and ing.

“Brave men are all vertebrates,” said G.K. Chesterton. “They have their softness on the surface and their toughness in the middle. But these modern cowards are all crustaceans; their hardness is all on the cover, and their softness is inside.”

More than anything else at this moment, the nation has need of Republican vertebrates.

The 25th Amendment sets forth a procedure for removing a president from office. Here’s how it’s enacted (Amber Ferguson,Julio Negron/The Washington Post)

Chicago named among safest cities in the world

Trump's War on the Press Isn't Conservative It's Anti-American

Insurers push back against Trump's cuts to ObamaCare subsidies

Why Did The Boy Scouts Decide To Accept the Girls?

Rush Limbaugh is worried that Trump is starting to lose it: 'I am very uncomfortable'

Hillary Clinton tweets a reminder of why more Americans chose her

FEMA director: 'We filtered out' San Juan mayor 'a long time ago'

The United States Must Meet The North Korean Threat

Slip in and out of hotel armed and undetected: Guns & Ammo editor outlines AR-15 bag features in mag

RNC's McDaniel: As a Woman, Michelle Obama's Comments Are Insulting, Condescending, and Marginalizin

Ex-Apprentice Producer: There are videos of Trump making despicable, racist, sexist and ...

Bernie Sanders: World's six wealthiest people have as much wealth as half of world's population

SRO: Ravens Fans Boo Players Who Kneel Before the Anthem, Stand During

Nancy Pelosi: Though Out of Power Democrats Are Still Winning