Talk to your predecessor. It will show contrition, humility and real bipartisanship—things you could use to salvage your presidency. 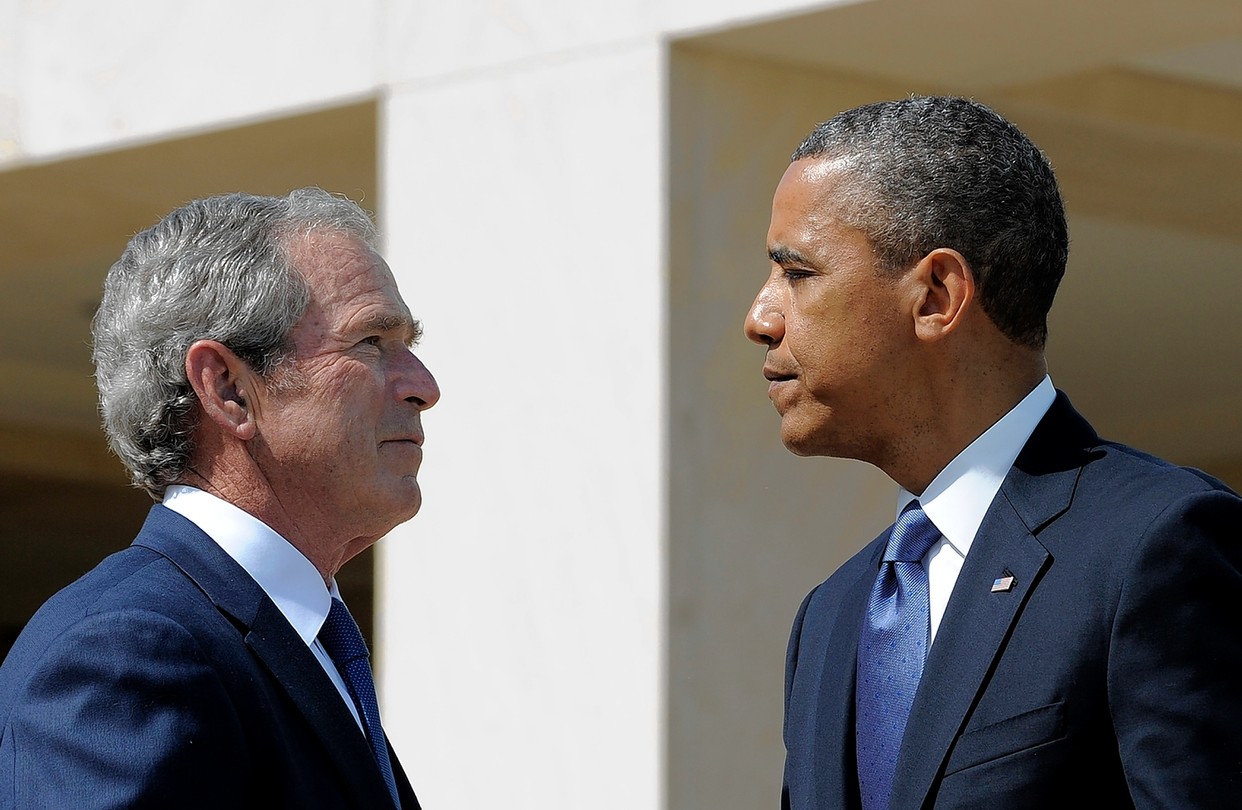 Bill Clinton made news earlier this month when he revealed, at a joint appearance with George W. Bush , that the 43rd president used to call him twice a year during his troubled second term "just to talk."

"We talked about everything in the right world," Mr. Clinton said of the conversations, which lasted anywhere between 30 and 45 minutes. "He asked my opinion, half the time he disagreed with it. But I felt good about that, I thought that was a really healthy thing."

Maybe President Obama also calls Mr. Bush every now and then, just to talk, and one day we'll find out about it. But I suspect not. No president has so completely built his administration with a view toward doing—and being—the opposite of his predecessor. Long private talks wouldn't just be out of character for this president. They'd be awkward.

But having a long conversation with Mr. Bush is what Mr. Obama needs to do if he means to start salvaging his failing presidency. It would be an act of contrition: for six years of vulgar ridicule and sophomoric condescension. Also, humility: for finally understanding that the intel is often wrong (and that doesn't make you a "liar"), that the choices in war are never clear or simple, that the allies aren't always with you, and that evil succumbs only to force.

And it would be an act of bipartisanship: not the fake kind to which the president pays occasional lip service, but the kind that knows there is no party monopoly on wisdom, and that there is no democracy without compromise, and that there can be no compromise when your opponents sense you hold them in contempt.

"Mr. President," Mr. Obama could begin, with an emphasis on formality, "I'd like to borrow that portrait you did of Vladimir Putin so I can hang it in my private study. I need to be able to stare my enemy in the face every day."

That should break the ice.

Maybe then the two presidents can start talking about a few things they have in common. Like going from big re-elections to dismal ratings in a matter of months. Like realizing that you will soon lose the Congress, and that your own party is turning on you. Like figuring out that your top cabinet officers and White House confidantes are failing you. Like having your past boasts about military success rendered ridiculous by events. Like needing to come up with a new strategy, quickly, before a foreign-policy setback becomes a full-blown calamity.

"Tell me about firing Don Rumsfeld, " Mr. Obama might inquire.

That's a good subject to dwell on, because firing is what presidents do when a signature policy is visibly failing, as Iraq policy was in the summer of 2006. In the Rumsfeld case, Mr. Bush faced a particularly difficult task: Mr. Rumsfeld was a man the president admired, a peer of his father, a team player—and an object of partisan venom, meaning his sacking would be treated in the media as an admission of failure and a scalp for Democrats.

If Mr. Obama isn't thinking about cashiering a top adviser, he should start now. CIA Director John Brennan has presided over serial intelligence debacles—including the failure to anticipate the fall of Mosul—while National Intelligence Director James Clapper has had no credibility in Congress since he lied to a Senate committee. John Kerry 's incompetent diplomacy in Jerusalem and Ramallah helped set the stage for the Gaza War. Susan Rice is toxic with Republicans on account of her public misrepresentations regarding Benghazi and Sgt. Bowe Bergdahl, and toxic with allies because of her penchant for foul-mouthed tirades. Hapless Chuck Hagel is busy downsizing the U.S. military while demanding that Europeans increase their military spending.

The dismissal of any of these people would send a useful signal to U.S. allies that the president has the nerve—and self-awareness—to make a change.

"Mr. President," Mr. Bush could modestly suggest, "go to Congress, say the threats we face from Russia and ISIS and Iran require a bigger military, and name Stan McChrystal or Dave Petraeus as your next Defense Secretary and Ray Odierno as your new national security adviser. Add a few hawks to your team. That'll bury a couple of ghosts. And it'll get Vladimir's immediate attention."

"Interesting ideas, George. Final question: How do I kick things off with Mitch McConnell when he's majority leader?"

"He can't be worse than Harry Reid , can he?" Mr. Bush might reply. "Be gracious. Pretend you know something about horses and bourbon. Don't make promises in private that you'll renege on in public. Never keep him waiting. Don't give speeches denouncing Republicans as mean and greedy. Listen as if you might actually learn something. Give something if you want to get something."

"OK, thanks. Gotta go help Sasha with her geometry homework. Any advice on that?"

posted by truesee  # 6:00 AM
Comments:
President Obama is not obligated to tell the public about everyone that he talks to on the telephone. Whether he talks to Bush or not is none of our business.