Man sues Froot Loops for not being frooty

Man Sues Froot Loops for Not Being Frooty at All

Is froot the same as fruit?

Roy Werbel thought the two words meant the same thing and now he is mad as hell at Toucan Sam for his treasure chest of deceit. The man filed a lawsuit against Kellog's Froot Loops cereal in San Francisco federal court for allegedly intentionally misleading breakfast eaters into believing those delicious colorful loops were actually made from fruit.

Werbel says in his court filing that he mistakenly ate the frooty cereal believing it was healthy for him. Now he is demanding unspecified punitive and actual damages to be paid to everyone else who was taken by the cunning Toucan Sam's friendly smile.

And the fruity plaintiff does not stop there. Werbel filed a separate suit against Pepsico, the maker of Cap'n Crunch Crunch Berries cereal, because again he thought there was real fruit in the box. 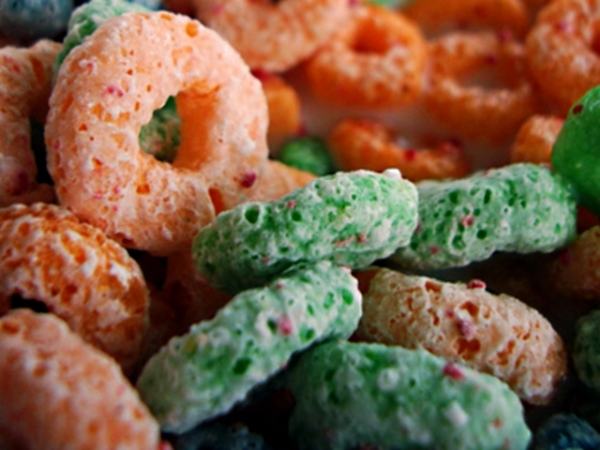 posted by truesee  # 10:04 PM
Comments:
i dont blame him...however it should not be fruitluips for fruit loops i say is the best tasting cereal of all of them...but i dont blame people for suing companies who claim something and when you look is something else... i dont know why they do bussiness for for that matter...

# posted by pumpi76 : 1:27 AM
if i was him i will sue the entire cereal companies because all cereal taste like crap except fruit luips...and that's not the entire problem, they are too expensive and come in a small box...furit loops is another one because it has a big box and little cereals come in the box making you waste money...Lots of cereal advertise as though is the same as in the box and it taste superdelicious as in the box and when you taste them in real life, they taste like crap...
anyways if you was wondering i choose fruit loops cereal over any ice cream...

# posted by pumpi76 : 1:32 AM
That's what table of ingredients is for. Read the label when in doubt, amazing some of the stuff they put in our food.