Mentally Disabled Woman To Be Executed This Month

Teresa Lewis, Mentally Disabled Woman, To Be Executed In Virginia This Month 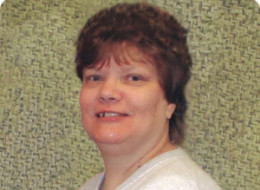 Teresa Lewis, a borderline mentally retarded woman charged with "masterminding" the murder of her husband and stepson in 2002, is slated to be the first woman in almost a century to be executed in Virginia this month.

Lewis, 40, pleaded guilty to hiring two men, Matthew Shallenberger and Rodney Fuller, to murder her husband and stepson so that she could collect a $350,000 life insurance policy. Both triggermen were handed life sentences, but Judge Charles Strauss gave Lewis the death penalty, reasoning that she was "clearly the head of this serpent."

Since the 2002 verdict, new evidence about Lewis and the gunmen has emerged that raises questions about whether she was fairly sentenced and whether, after already having lost one appeal, the Supreme Court should reopen her case. Lewis took two IQ tests after the trial, one by her own expert and one by the state's expert, and she scored 73 and 70 on them, respectively. An intelligence quotient below 70 qualifies as mentally retarded according to the Supreme Court, and Lewis' tests placed her in the "borderline intellectual functioning" zone.

Three different forensic psychology experts also testified that Lewis had "dependent personality disorder," making it difficult for her to carry out functions as simple as making a grocery list without the support of another person.

And in 2003, Shallenberger wrote in a letter to a fellow inmate that he had deliberately manipulated Lewis into going along with his plan because he needed the money to start a drug business in New York City.

"I met Teresa at the Walmart in Danville, VA. From the moment I met her I knew she was someone who could be easily manipulated," Shallenberger wrote. "Killing Julian and Charles Lewis was entirely my idea. I needed money, and Teresa was an easy target."

Three years later, Shallenberger committed suicide in prison, and Lewis' defense team has not yet been able to use the letter as evidence to a court. Lynn Litchfield, Teresa's chaplain at the maximum-security prison in Virginia where she was confined, describes Lewis in a recent Newsweek article as "slow and overly eager to please -- an easy mark, in other words, for a con."

"She didn't look like a remorseless killer, a 'mastermind' who plotted two murders, as the judge put it," Litchfield writes. "In one of our sessions, she collapsed into great soul-shattering, body-heaving sobs and cried into my wrist, the only part of me I could get through the slot in the door."

Lewis' pro bono defense lawyer, James Rocap, told HuffPost that Lewis' behavior on death row has been exemplary and that he hopes Gov. Bob McDonnell (R) will consider that when he reviews her petition for clemency.

"This is one of the better examples of what is wrong with the death penalty," he said. "Up until October of 2002, Teresa had no record of any violent conduct at all. Since she went to prison, she has been not only a model prisoner, but she has a huge amount of remorse and has developed a prison ministry under very harsh conditions. She can't recreate with anyone, she can't hold anyone's hand, play cards with anyone, and so on. Because of the death penalty in Virginia, we have a remarkable individual who did not have any violent record at all being judged on her participation in one event in one day of her life."

Rocap said he took on Lewis' case in 2004 because he believes the U.S. justice system is flawed regarding the death penalty.

"The legal system for the most serious sanction you can possibly have doesn't operate well," he said. "There is so much serendipity in what happens to people who do the same thing or even worse things than other people. There's so much inconsistency in who gets executed and who doesn't. I think it's important for the legal profession that we provide the most legal representation we can for people who are in danger of losing their lives."

The United States is counted among the countries with the highest numbers of executions in the world, along with China, Iran, Saudi Arabia, Pakistan, Congo, Egypt and Iraq, and, barring intervention by McDonnell or the U.S. Supreme Court, Lewis will be added to the tally on Sept. 23.

Rocap, in the meantime, is not going to give up on defending her.

"Teresa is a terrific candidate for clemency, and we hope the Governor sees it that way," he said.