US Spends Ten Times More On Afghanistan Than Airport Security

US Spends Ten Times More On Afghanistan Than Airport Security 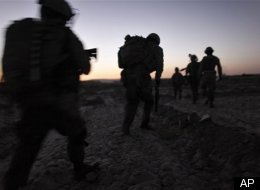 The botched Christmas airliner attack, followed by a steady stream of alarming reports about the vulnerability of airports, has prompted questions about the budgetary priorities that underline U.S. national security.

First and foremost is a fairly straightforward query: why is the U.S. spending so heavily in Afghanistan and Iraq, when a terrorist who nearly blew up an aircraft over Detroit journeyed from Nigeria to London to Yemen, all the while apparently being managed by al Qaeda in Pakistan?

The numbers indeed are sobering. In fiscal year 2009, the Transportation Security Administration was allocated $7.99 billion, $5.74 billion of which was earmarked for aviation security (Page 154). Only $128 million of that total was geared towards "enhancements at passenger checkpoints to improve the detection of prohibited items, especially weapons and explosives" which is roughly $100 million less than the tax break granted to Alaska fishermen in the stimulus package passed early this Congress.

Contrast those numbers with the dollars being poured into the two wars. A report released in September by the Congressional Research Service estimated that $94.8 billion was spent in Iraq in FY09. Another $55.2 billion is going to Afghanistan (more than ten times the amount spent on aviation security) with the number rising to $72.9 billion in 2010. That total, does not include the expected $30 billion that will be required to pay for additional troops.

For some national security experts, the imbalance is cause for concern. Not because one activity is being funded at the cost of another. But, rather, because homeland security requires attention and resources that more closely parallel overseas military operations.

"Yes, I think we are under-funding [airport security]," said Larry Korb, a defense analyst at the Center for American Progress. In late December, he and his organization released a report, which called on the Obama administration to pay for its escalation in Afghanistan through strategic cuts to the defense budget -- specifically to obsolete weapons programs. That money could also be used to fill in the appropriate holes when it comes to domestic security operations.

"Obviously we are putting far more of our resources into offensive action as opposed to defense or development," said Korb.

Not everyone is alarmed about the prospects that the United States is too bogged down in Afghanistan to handle the global threat of terrorism. In an interview with the Huffington Post last week, Democratic Congressional Campaign Committee Chairman Chris Van Hollen (D-M.D.) said that there was no disputing the notion that the failed airliner bombing had "transnational connections."

"And yes," he added, "you cannot fight in just one place. But that doesn't mean you don't fight anywhere."

Nor, for that matter, does that mean U.S. forces can't fight in two or more places at once. And as Von Hollen pointed out, the Obama administration "has already been engaged both in Somalia and in Yemen working with the government to go after the al Qaeda cells there."

Former Sen. Bob Kerrey (D-Neb.), likewise, took to the Obama administration's defense on Afghanistan, telling the cast of "Morning Joe" that he thought the country was better prepared to handle a terrorist attack today than in 2001.

Few in or out of government suspect that the botched airline attack will compel the administration to deviate from its plans for Afghanistan or Iraq. It is far more likely that a separate check will be written to cover the problems in airport security. But, for those who already argue that Afghanistan should not be the locus of America's counterterrorism efforts, the lapses in airport security serve as an affirmation of sorts.

"[I]f I said to you normally, 'Tell me what, what, what distinguishes the murderer at Fort Hood, the people we arrested in Denver and Detroit and New York, and the five people who were just picked up in Pakistan?' You could say, 'Well, they weren't Rotarians,'" former House Speaker Newt Gingrich said during a taping of "Meet the Press" on December 27. "But it would be politically incorrect to describe the one common characteristic they have, which is they all belong to an irreconcilable wing of Islam which wants to destroy our civilization. Now, until we can have an honest conversation and not be self-deceptive about our enemies, it's pretty hard to design a strategy. And that's why the Afghanistan argument is a subset. It's like debating Guadalcanal in World War II."