Barack Obama had a troubled first year in office

Barack Obama floundering a year on after wave of goodwill crashes 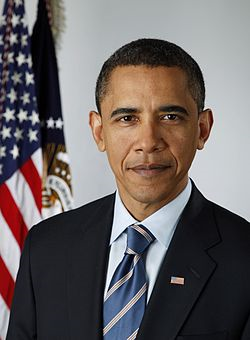 When Barack Obama took the oath of office before a shimmering wave of humanity a year ago today with his approval rating at 70 per cent, he and the Democrats controlling Congress believed that history beckoned — and that they had the clout and popular support to shape it.

Yesterday the President and his party were scrambling to avoid losing Teddy Kennedy’s Massachusetts Senate seat — an unthinkable development even a month ago — and are bracing themselves for a bloodbath in congressional elections this November. It shows just what a debilitating first year they have suffered, and what a perilous 2010 beckons.

On that freezing but sparkling January morning 12 months ago, Mr Obama promised to usher in a new era of bipartisanship in Washington and to remake the American economy and the country’s social contract with a wealth of historic legislation that a Democratic-controlled Capitol Hill would send to his desk.

Today his approval rating has dropped to less than 50 per cent. Democrats are nervous and depressed. In November’s mid-term elections they will almost certainly lose their 60-seat, filibuster-proof majority in the Senate — if they have not already lost it by ceding the Massachusetts seat. Last night Mr Obama acknowledged the possibility of losing it.

In the House, it is likely that the party will lose between 20 and 30 seats, and could cede control of the lower chamber entirely. Such a notion appeared impossible a year ago.

Mr Obama remains personally popular, but his policies have unnerved many Americans who voted for him, in particular independents, whose support was critical to his election victory. In a poll this week, only 49 per cent of unaffiliated voters approved of Mr Obama’s performance: lower than any of his recent predecessors at this stage in their presidencies.

Voters are angry, restless and deeply disaffected with Washington. They are unconvinced that Mr Obama’s prescription of massive government intervention has succeeded in any area, except in exploding the federal budget deficit and leaving generations of Americans awash in national debt. On inauguration day, only 19 per cent of Americans thought that the country was on the right track. That rose to 50 per cent by April but has slipped to 37 today.

Last year’s financial collapse was not brewed on Mr Obama’s watch but voters hold the President and his party responsible for fixing it. The approval rating for Democrats has dropped to toxic levels.

Unemployment remains stubbornly stuck at 10 per cent, despite $2 trillion of federal stimulus and other forms of intervention. Americans are disgusted and outraged that the very banks who caused the crisis, and who were bailed out with billions of taxpayer dollars, are now paying huge bonuses again.

Republicans are running on an obstructionist agenda that has at its core a passionate opposition to Mr Obama’s ten-year $1 trillion health reform legislation, the heart of his domestic agenda. It is bearing fruit, as the closeness of the Massachusetts race has demonstrated. For months, voters have wanted Mr Obama to focus on job creation but he has invested enormous time and political capital in health insurance reform that a majority now say they do not want.

Republicans have succeeded in painting his domestic legislative agenda as reckless big government that will bankrupt America. Newt Gingrich, the former Republican Speaker of the House, summarised the fears of many voters: that Mr Obama might become “a failed, big-government president”.

“What I haven’t been able to do in the midst of this crisis is bring the country together in a way that we had done in the inauguration,” Mr Obama admitted recently. “That’s what’s been lost this year.”

A majority of Americans oppose Mr Obama’s troubled pledge to shut Guantánamo Bay and his decision to try the self-confessed mastermind of the September 11, 2001, attacks in a civilian court a few blocks from Ground Zero. They also fear that his efforts at reaching out to America’s enemies, such as Iran, leave the US looking supine.

The next few months will be critical for Mr Obama. If he succeeds in passing healthcare reform it will be a big victory. If he fails, it will be a disaster. By November his super-majority in Congress will be gone and his domestic agenda — along with his presidency — will be dangerously stalled.

posted by truesee  # 8:45 PM
Comments:
And the 2nd year will be worse. Arrogance will be their undoing.

"Shimmering wave of humanity", that trashed the National Mall like it's never been trashed before. Just like they are trying to trash the entire USAmerica.

# posted by jarasan : 9:19 PM
Yes, jarasan, and there are some that are STILL sleeping through all of this. Amazing, isn't it?

This year is going to be *very* interesting.