Men tell twice as many lies as women, it emerged yesterday.

Researchers found they tell six fibs a day on average to their partner, boss and work colleagues, but women come out with just three.

The study of 2,000 Britons also revealed that the most common lie told by both sexes was: ' Nothing's wrong, I'm fine.' 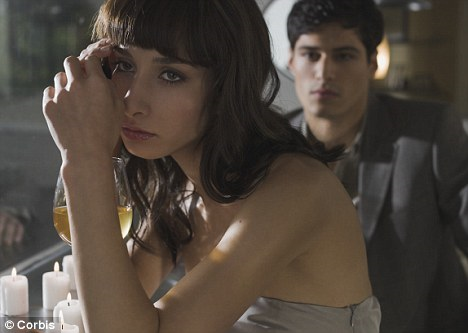 Fibbing: A study has found men tell 42 lies a week - twice as many as women

While men are likely to fib about having their last pint and claiming their partner's behind doesn't look too big, women avoid telling the truth about their latest shopping purchases.

Eighty-three per cent of adults of both sexes said they could easily tell if their partner was lying.

'They assume that if someone is hiding the truth, they would hide their face and avoid eye contact. In fact, the opposite is true.

'Liars usually do everything they can to convince you of the truth, sitting still and looking at you to watch your reaction.

'People simply overestimate their skills in this area.'

The findings emerged in a poll by 20th Century Fox to mark the DVD launch of TV series Lie To Me, starring Tim Roth as a deception expert who helps to solve crimes.