How Important Is Birth Order?

Birth Order: Fun to Debate, but How Important? 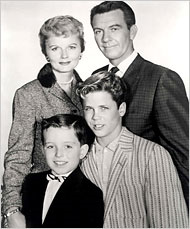 The older girl was smart, neat and perfectly behaved in school; in her spare time, she won dance trophies. At every checkup, her mother would tell me what a good girl she was.

She is the oldest, her mother would say, so she gets lots of attention, and she works very hard. When her younger sister turned out to be an equally good student, the proud mother explained that naturally she wanted to be just like her older sister.

Then a long-looked-for baby boy was born. When he was a toddler, I began to worry that his speech seemed a little slow in coming. His mother was perfectly calm about it. He is the only boy, she said, so he gets lots of attention, and he doesn’t have to work very hard.

Everyone takes it personally when it comes to birth order. After all, everyone is an oldest or a middle or a youngest or an only child, and even as adults we revert almost inevitably to a joke or resentment or rivalry that we’ve never quite outgrown.

Children and parents alike are profoundly affected by the constellations of siblings; it is said that no two children grow up in the same family, because each sibling’s experience is so different.

I surveyed some experienced pediatricians about when parents are likely to bring up birth order. Many cited the issue of speech, especially when a second child doesn’t talk as well or as early as the first.

“Too many parents are haunted by experiences both good and bad that they identify with their birth order,” said Dr. Peter A. Gorski, a professor of pediatrics, public health and psychiatry at the University of South Florida. And that might lead them to classify their own children according to birth order, he went on, which in turn can lead to a sense of identification or even rejection and to “self-fulfilling prophecies.”

Frank J. Sulloway, a visiting scholar at the University of California, Berkeley, and the author of “Born to Rebel: Birth Order, Family Dynamics and Creative Lives” (Pantheon, 1996), points out that second-born children tend to be exposed to less language than eldest children. “The best environment to grow up in is basically two parents who are chattering away at you with fancy words,” Dr. Sulloway said.

He cited a huge and well-publicized Norwegian study, published in 2007, which found that eldest siblings’ I.Q.’s averaged about three points higher than their younger brothers’. (The study made use of Norwegian military records, so all the subjects were male.)

Those differences in verbal stimulation, like the differences in I.Q., are “relatively modest,” Dr. Sulloway continued, and unlikely to result in clinical speech delays. But in a child who is already vulnerable, a child who may be temperamentally less likely to evoke adults’ attention, or a child growing up in a less stimulating home — well, then, being the second child might be the added risk that makes the difference, he said.

“Birth order doesn’t cause anything,” Dr. Sulloway said. “It’s simply a proxy for the actual mechanisms that go on in family dynamics that shape character and personality.”

We can all cite examples and counterexamples, from our own families, our friends, history and literature. There are plenty of families where the younger child is brighter or more academic, and plenty of literary and historical examples (Jane and Elizabeth Bennet, Meg and Jo March, Dmitri and Ivan Karamazov — and you can think about those authors and their older siblings as well, and draw any comparisons you like). And then there are plenty of examples of brilliant eldest siblings, but given my own eldest status, I will refrain from citing any. (I told you this always gets personal.)

I.Q., though it does grab headlines, may shape family life less than personality and temperament. “It’s a part of a bigger picture that really involves family dynamics,” Dr. Sulloway said. “Child and family dynamics is like a chessboard; birth order is like a knight.”

Then there are all the other influences, from family size to socioeconomic status. “Typically firstborns tend to boss their younger siblings around, but what if you’re a very shy person?” Dr. Sulloway said. “Napoleon was a second-born and his older brother was a very shy guy, and he usurped the older-sibling niche because his older sibling didn’t occupy that niche.

“And why didn’t he occupy that niche? Temperament.”

Now, of course birth order played into my patients’ patterns, but so did gender and birth spacing and, above all, temperament. That little boy was more even-tempered, more placid than either of his sisters, easily soothed, and I think he would have shown that temperament no matter what.

But temperament also helped define his relationship to the four larger people in his immediate circle. “I wouldn’t discount the impact of birth order,” Dr. Gorski told me. “It sets up the structure of one’s place in relation to others from the beginning, as we learn how to react to people of different ages and different relationships.”

Pediatricians are always being warned not to let a speech delay slip past because of parents’ beliefs that boys talk later or that youngest children talk later. I did eventually insist on a hearing test and speech therapy for this little boy. As it turned out, his hearing was fine, and his sisters drilled him over and over with “use your words” exercises until his speech improved. That is one of the advantages of having hardworking older sisters.