A family of travellers is living in a $1million house at taxpayers' expense.

John and Serena Connors and their seven children have their rent paid by housing benefit.

Their landlady is trying to evict them because she claims they have caused tens of thousands of pounds of damage. 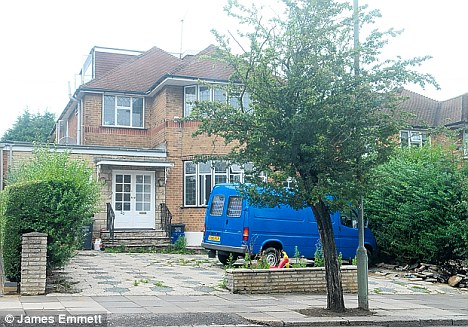 Luxury: The house the travellers live in has five bedrooms and three bathrooms

Her case is lent weight by a leaflet issued by the Metropolitan Police allegedly about the family, which claims they are suspects in a series of 'distraction' burglaries.

But the parents, who have five girls and two boys aged four to 19, are determined to stay put and are threatening legal action over 'racism against travellers'.

The Connors moved into the home in February with the help of Barnet Council in North London. They are benefiting from the Local Housing Allowance, which was introduced last year to encourage private landlords to take in the homeless because of a shortage of council housing.

The council is under obligation to find them a large enough house, hence the family being placed in one of the most expensive areas.

The property in Totteridge, which has been valued at nearly £1million, has five bedrooms and three bathrooms and lies on a usually peaceful street.

Businesswoman Sapna Bukhari and her IT project manager husband Zulfi, both 38, used to rent it to professionals for $4,000 a month.

But with the market deteriorating they agreed to let it out to the Connors for £2,400 a month through housing benefit, after being assured that they were 'good tenants'.

Mrs Bukhari alleged: 'Within a few weeks of them moving in, a radiator was pulled off the wall and the water from it made the ceiling collapse.

'They failed to tell us about it promptly, they threatened me, my builder and my plumber, they abused me - calling me a "Paki" - and gave anti-Semitic abuse to neighbours.

' They've twice blocked the drains so sewage has flowed on to the pavement, have thrown food, clothes, cat excrement and all manner of rubbish into the gardens, and shout and scream vile obscenities. 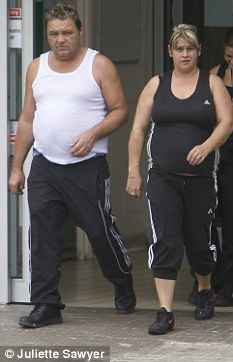 'They won't even let the builders come in to carry out repairs. I'm worried the damage will cost tens of thousands.'

Mrs Bukhari went on to claim that she had run into problems with paperwork while trying to evict them because the Connors 'seem to know the system'.

'Social services are paying their rent but I'm sure they will not stump up for the damage', she added.

The police leaflet was issued by the Totteridge Safer Neighbourhood Team to all houses in the street except the Connors.

Although the family is not named, officers apparently readily confirm to neighbours that members of it are involved.

Headed 'Warning', the leaflet tells of thieves targeting homes by 'asking to use your toilet and general stories of hard luck'. It says: 'All will end in them trying to enter your house and steal anything they can get their hands on.'

It adds that the suspects are 'from the travelling community', and describes two teenage girls with Irish accents.

Mrs Connors, who is originally from County Wexford in Ireland, agreed that the leaflet was targeted at her family but said: 'I'm making a complaint to the police about this leaflet.

'My kids are cheeky but they aren't thieves. We haven't damaged the house either.

'The landlady doesn't like traveller. It's racism, I'm going to get her done for harassment.'

She added that she didn't even want to live in the house and would prefer to be in a travellers' camp.

'They put people into places you wouldn't put dogs into,' she said.

A spokesman for Barnet Council said anyone evicted for unreasonable behaviour would not be rehoused, and a source said they were not aware of the family ever asking for an alternative home.

A Metropolitan Police spokesman said the force had not received a complaint about the leaflet.