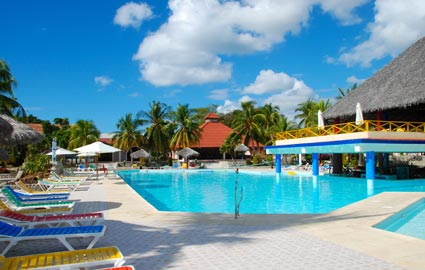 Did a teenager get pregnant from swimming in a hotel pool?

The pool can be a dangerous place: Kids can get sunburned or slip on the wet deck. But can the pool get you pregnant?

Magdalena Kwiatkowska of Poland thinks you can.  She is suing an Egyptian hotel because she claims her 13-year-old daughter became impregnated after swimming in its pool during their recent holiday.   Ms. Kwiatkowska says that there must have been errant sperm floating around just waiting to implant themselves in an unsuspecting female taking a dip.   She swears that her daughter did not meet any boys during their vacation, so the mysterious sperm in the pool had to be the culprit.

Surely this lawsuit will be thrown out of court on inconceivable (pun intended) grounds.   First off, wouldn't the chlorine kill any random sperm?   But even further, did Ms. Kwiatkowska follow every moment of her vacationing daughter to prove, beyond a shadow of a doubt, that she spent absolutely no time with anyone of the opposite sex during their Egyptian holiday?

The only reassuring thing about this story, perhaps, is that frivolous lawsuits are not exclusively an American thing.