Hotel Lets You Sleep Among the Gods

Amazing Hotel Lets You Sleep Among the Gods

When a travel agent offers you “a peach of a hotel room,” she’s usually referring to the view or the size of the Jacuzzi. But a hotel in China’s Hebei province lends that expression a whole new meaning. 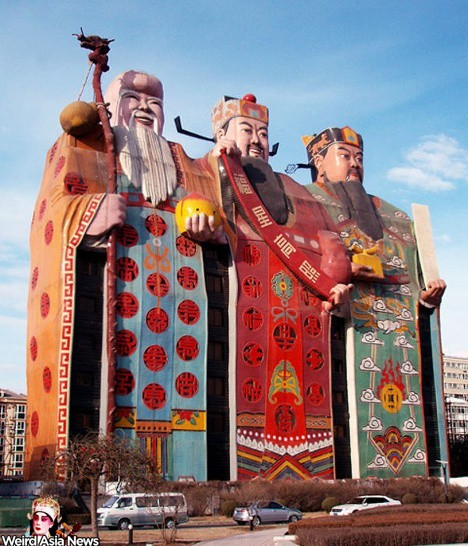 By conventional standards, the Tianzi Hotel, in Yanjiao, doesn’t look like a place where you’d spend a few nights on a business trip. But that’s just what it is: a colorful ten-story hotel in the shape of a familiar trinity of Chinese Taoist figures.

The giants are known as Fu, Lu, and Shou. Their names translate as “good fortune,” “prosperity,” and “longevity,” traditionally considered the three attributes of a good life. They in turn represent three important stars, which are said to embody these attributes.

The longevity concept gets a further boost from the peach in Shou’s left hand. Peaches, too, are a classic symbol of long life, but this one has a little something extra: It’s actually one of the hotel’s suites, and the two holes in front are windows! 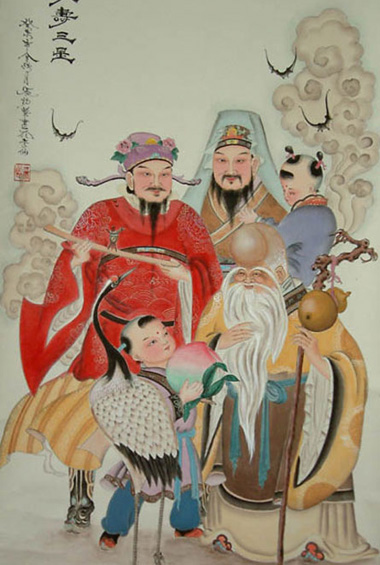 The Tianzi Hotel has been around since 2001, and it reportedly landed some kind of Guinness Book record. The question is, for what category? Fanciest Hotel Room that Looks an Awful Lot like a Peach? Largest Depiction of Three Mythical Figures that Also Features Room Service? Or maybe Scariest Hotel to Return To after Drinking Too Much at a Dinner with Clients?

posted by truesee  # 7:19 AM
Comments:
Looks like an awesome place to stay.