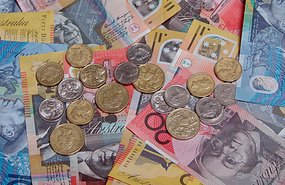 The grandmother says she has no plans for a spending spree (ABC News: Gary Rivett)

A New South Wales south coast grandmother has had an unexpected $2 million windfall from a lottery ticket left forgotten for four years.

The 73-year-old, who has not been named, recently came across the unregistered ticket in an envelope of other unchecked tickets in a dressing table drawer.

She says she had left it a further two weeks and was not going to worry about it.

"My husband said to me that it would be too old to check," she said.

"But I took the ticket to the agent and they put me on the phone to someone from NSW Lotteries who told me it was worth $2 million."

The retired dairy farmer says she went limp and could not tell her husband the good news until they had left the shop.

However she says she has no plans for a spending spree despite not having much while growing up and some lean times on the farm.

"We will use the money to help the family down the track but they don't know we've won," she said.

"They'll find out when we leave this world."

posted by truesee  # 6:52 PM
Comments:
Congratulations to both of them!!! Amazing the ticket had not expired.