Boy, 11, in Court fight with mother over passport to appear on Talent Show

An 11-year-old schoolboy who has been asked to appear on a television talent show in New York has taken his mother to court in a bid to force her to hand over his passport. 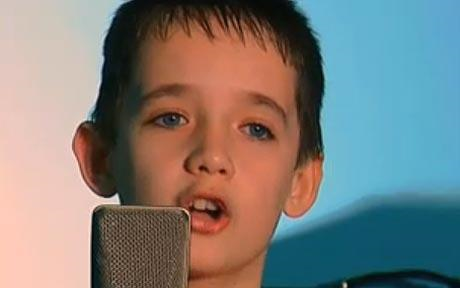 Brendan MacFarlane's singing has attracted more than 200,000 hits on YouTube, leading to an invitation to appear in America on the Maury's Most Talented Kids show.

He was spotted by talent scouts who were impressed by his version of Ray Charles's I Got A Woman, but is unable to fly to the US because his mother has his passport and is refusing to hand it over.

The schoolboy from Perth is at the centre of a dispute between his mother Angela White and his father George MacFarlane, who separated last year.

Lawyers were hoping to persuade Perth sheriff court yesterday to order Ms White to hand over the passport, but the schoolboy will have to put his ambitions on hold for at least a month after she failed to turn up.

The court was told that Ms White was unwell and she has been asked to bring a medical certificate to court for the next hearing.

Brendan previously claimed that he wanted to "be a star" and had "begged" his mother to hand over the passport. Mr MacFarlane, who has custody of his son, added: "She said it was because I'm going to make money out of him but that's just not true. We just want to go places and sing."

The singer was booked on chat show host Maury Povich's prime-time show, which has an audience of over three million people, and has been told he is still welcome to come to appear if the dispute can be resolved.

Ms White claimed recently that she did not want to stop the trip but wanted Brendan's father to discuss the issue with her.