42- Piece Dinner Set Made From Cocaine

42-piece dinner set made from cocaine

Published: March 20, 2009 at 7:33 PM
BARCELONA, Spain, March 20 (UPI) -- Authorities in Spain said they have seized a 42-piece dinner set made from 42 pounds of cocaine and arrested the intended recipient.

Police said a 35-year-old Spanish man, identified only as JVLL, was arrested and charged with an offense against public health after police seized the package in an international operation coordinated with Venezuela, where the package originated, The Times of London reported Friday.

Investigators said they believe the man was forced to become involved in the cocaine trade by drug traffickers in Venezuela.

Police said the cocaine had been destined for sale in Catalonia, Spain. 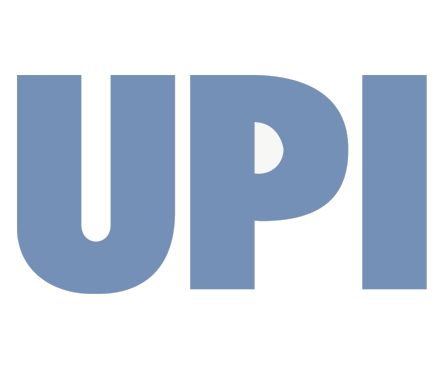 posted by truesee  # 7:30 PM
Comments:
Not many people know this but if people wanted to frame you, all they had to do is get a copy of your keys and wait until you are gone, then replace your kitchen set of whatever is it that you have plates, etc and replace it with stuff made of cocaine...Then get out, you will not notice it, and 1 week later those same people tip the police and you are frame, actually your whole family is framed...And not many people know this but evil people that are rich and don't like you that's how they frame you....That's how they play...I've known this for years and years....

# posted by pumpi76 : 9:32 PM
is not hard to get a copy of your house keys, just the same way it is not hard to break into your car with or without alarm...

# posted by pumpi76 : 9:35 PM
And something else they could do, if they don't like you very much, like if you was the Chief of Police, they could wait until you are gone and leave your wife alone and kill her and frame you...Like 4 guys go in and beat your wife with a beisbal bat 'til death, tie her up and then beat her with a beisball bat...It could be your wife, sister, mother, etc...

# posted by pumpi76 : 10:23 PM
or they could kill your wife and then put cocaine with a straw to give the police a motive...Hard but it can be done...

# posted by pumpi76 : 10:26 PM
just the same way it is not hard to read your email password...
I remember one time i was reading this novel that had real life event with some fictional stuff, can't remember the name of the book..Well in there it says: that this women was in california and she read the letters of a hacker advertising, saying: email passwords, anyone anytime anywhere...They start typing some stuff in your emails and frame you really good....or terrorrist could have the email of thousands of people, and they could be sending each other's messages and then the other one receives it and log off from other people's email...is also a good way to cheat sexually....I thought about this for over 7 years when i thought what email spam could be...

# posted by pumpi76 : 10:36 PM
and the messages don't necesarily have to be in english it could be encrypted...And cheatin sexually don't necesarily mean they have to pay, is a way that people can cheat sexually, or someone could be reading them from you with your password and then you get a call from that same person saying, you are going to see a women or men with a sweater saying "Whatever" and that's a sign that that person wants to sleep with you...the ramification of this is endless even if you had someone tracking the email spams they could still circumvent that even if you had a supercomputer tracking it...

# posted by konane : 11:22 PM
and what's worse, 3 or 4 guys can park their car and watch you go in to work and call your girlfriend and tell her that you are in to work and they secretly sit there in the car waiting and watch that you don't get off and when you get off, they call your girlfriend and tell her that you go off from work and are coming home, while during all that time, your girlfriend slept in bed with 4 guys for 8 hours and this is everyday, or she could charge who knows and nobody will ever know...specially if you are not well hung penis wise...
this reminds me of a smart hacker that wanted to hack a bank...Which one will be harder to hack a lump sum of 30,000 dollars and get the change of someone noticing or hack 30,000 accounts and hack 50 cents or 25 cents y pasar desapercibido and pass unnoticed and be able to do it again....
hard but it can be done...i think i better stop...