Parolee arrested hiding under the bed 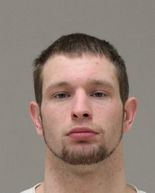 CourtesyNicholas Spoors
HOWARD CITY - Nicholas Spoors tried to evade parole by cutting off his tether and later tried to escape police, but authorities still found him - hiding under a bed.

Spoors, 21, is charged with stealing a snowmobile, breaking and entering a building in Cedar Springs and being a habitual offender after a long day on the run.

Howard City Police first responded Monday morning to Village Trails mobile home park after a man reported someone had tried unsuccessfully to hotwire and steal his Ski Doo snowmobile from a trailer in his yard.

The man’s vehicle had also been broken into and a helmet and gloves were missing, presumably stolen, police said.

Officers tracked footprints in the snow and eventually found a badly damaged snowmobile abandoned on the nearby White Pine Trail. Authorities determined the sled was stolen from a resident in Cedar Springs.

Through security camera footage from a nearby business and witness accounts, police identified two suspects and determined the pair rode a stolen snowmobile from Cedar Springs to Howard City, where it broke down. They then unsuccessfully attempted to steal another to flee the area.

Authorities say Spoors, who days before being arrested allegedly cut off his electronic monitor from the state Department of Corrections, was released from prison in May after serving a sentence for receiving and concealing stolen property.

Spoors, of Cedar Springs, was arraigned in Kent County this week on the larceny and breaking and entering charges. Prosecutors in Montcalm County are seeking warrants on additional charges.