The chief executive of Burger King has described British women as ugly and English food as “terrible”, in a gaffe likely to enrage his customers in this country. 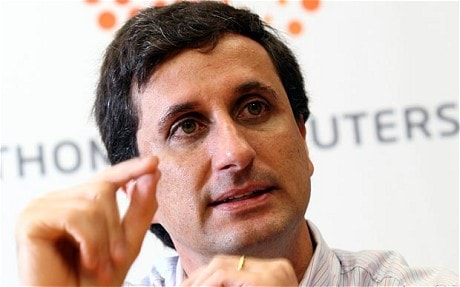 Bernardo Hees, 40, told a group of students in Chicago that “here the food is good and you are known for your good-looking women”.

Comparing the city to his student days at the University of Warwick, where he studied for an MBA, he recalled of his time in England: “The food is terrible and the women are not very attractive."

His gaffe came only six months after taking the helm at the chain, which has 11,500 outlets worldwide, and unsurprisingly were not welcomed in Coventry, where Warwick University is based.

Charli Fritzner, women’s campaigns officer at the University’s student union, said: “If he views women as potential distractions in academia, I wonder how he views them in the workplace?

“It doesn’t make Burger King an attractive employer for women.”

Marcus Wareing, a Michelin-starred chef at London’s Berkeley Hotel, who specialises in English produce, said his comments were an “insult to British gastronomy”, especially given what the Burger King menu contains.

After Mr Hees’ comments, which were made in an unguarded moment, were picked up and reported in America, a spokesman for the company said he regretted them, adding: “Mr Hees apologises if his comment has offended anyone. It …. was intended as a humorous anecdote to connect with his audience.”

One way for British women to make themselves more attractive might be to avoid a visit to one of Mr Hees’ fast food outlets.

Boasting 950 calories, a Burger King Double Whopper with cheese accounts for half of a woman’s recommended daily calorie intake of 1940 calories.

The burger has twice the calorie count and, with 22g of saturated fat, more than double the saturated fat count than its comparable rival, the McDonald’s Big Mac.