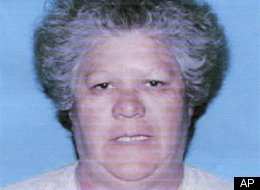 NEW ORLEANS — A Louisiana woman has pleaded guilty to selling two children for a <snip>atoo and $175 in what her attorney called an attempt to do a good thing that went wrong.

"It was a really clumsy attempt at an adoption proceeding," said Steve Sikich, attorney for Donna Louise Greenwell of Pitkin. "She was trying to help the children and get them situated."

Greenwell, 53, was sentenced Monday to 15 months of hard labor on each of two criminal counts: sale of a minor. The sentences are to run concurrently.

The case centered on a 5-year-old boy and a 4-year-old girl in Greenwell's custody.

Investigators said she called Paul J. Romero, 46, and Brandy Lynn Romero, 27, of Evangeline Parish early last year after seeing a flyer they posted offering a <snip>atoo for sale, and offered to deliver the children for about $2,000. When the Romeros said they could not afford that, a deal was stuck for the bird, valued at $1,500, plus cash.

Greenwell had custody of the children for more than a year before meeting the Romeros, Sikich said. Her lawyers have maintained she was just trying to find a better home for them.

"They were undernourished and not well taken care of," Sikich said. "It's my understanding that the mother had requested that she take care of the kids."

Another lawyer for Greenwell had said previously that the children were "abandoned to her care."

Neither the children's mother or father could be located, Sikich said.

The $175 was to cover the cost of an attorney to transfer custody of the children to the Romeros, Sikich said. The <snip>atoo was a gift to Greenwell's granddaughter, he said.

Greenwell's sentences were part of a plea deal worked out with the Evangeline Parish District Attorney's office.

"She did not have a good attorney for two previous counts, which left her with a record she didn't really deserve," he said. He said the charges were for issuing worthless checks and second-degree battery.

The Romeros, of Eunice, pleaded guilty to two felony counts of sale of a minor child, the district attorney said in an earlier statement. Their five-year prison sentences were suspended in exchange for their testimony against Greenwell, the statement said.

The district attorney's office did not return repeated calls Tuesday for comment.

Greenwell will begin serving her sentence on March 25.