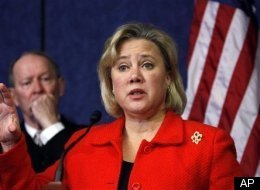 NEW ORLEANS — A hero of conservatives who bruised the liberal group ACORN by posing as a pimp on hidden camera is now accused in an attempt to tamper with phone lines at Democratic U.S. Sen. Mary Landrieu's office inside a federal building.

It's not clear what James O'Keefe, 25, and three other young conservatives were trying to accomplish Monday at the New Orleans office of Landrieu, who has been criticized for securing more Medicaid benefits for her state in exchange for her support on health care legislation.

State Democrats quickly called the alleged plot a "Louisiana Watergate," but federal officials have not yet said why the men wanted to interfere with Landrieu's phones, whether they were successful, or even if the goal was political espionage.

A staff member in the office told the FBI that two of the suspects, including the son of an acting U.S. Attorney, wore white hard harts, tool belts and flourescent vests and said they needed to fix a problem with the phone system.

According to an FBI affidavit, O'Keefe was already sitting in the waiting area and recorded the men on his cell phone when they walked in.

A federal law enforcement official said one of the suspects was picked up in a car a couple of blocks away with a listening device that could pick up transmissions. The official spoke on condition of anonymity because the information was not part of the FBI affidavit.

O'Keefe said only "veritas," Latin for truth, as he left jail Tuesday with suspects Stan Dai and Joseph Basel, both 24. All declined to comment.

As he got into a cab outside the jail, O'Keefe said, "The truth shall set me free."

The fourth suspect, Robert Flanagan, 24, was released earlier Tuesday. His father, Bill, is the acting U.S. Attorney based in Shreveport. He was first assistant under Republican President George W. Bush appointee Donald Washington before Washington stepped down this month. President Barack Obama recently nominated Stephanie A. Finley for the post. His father's office declined to comment.

All four suspects were charged with entering federal property under false pretenses for the purpose of committing a felony, which carries a penalty of up to 10 years in prison and a $250,000 fine. Flanagan is the only suspect from Louisiana. Basel is from Minnesota; O'Keefe, New Jersey; and Dai, the D.C.-Virginia area.

"It was poor judgment," Flanagan's lawyer, Garrison Jordan, said in a brief interview outside the courtroom. "I don't think there was any intent or motive to commit a crime."

Flanagan recently criticized Landrieu for her vote on the Senate health care bill after securing a Medicaid provision estimated in value at up to $365 million for Louisiana. Conservatives accused her of selling her vote but she insisted no "special deals" were made.

"Do not be fooled into believing Landrieu is helping the state of Louisiana," Flanagan wrote in a Nov. 25 post on the Web site for the Pelican Institute, a Louisiana think tank that promotes the free market and limited government. "If the proposed healthcare legislation were to be signed into law, the $300 million allocated to Louisiana will pale in comparison to the long-term debt Louisiana citizens will ultimately shoulder."

Dai, who authorities said was arrested outside the building, is a former assistant director of a program at Trinity Washington University that taught students about careers in intelligence, university president Patricia McGuire said.

The program was part of a national effort following the Sept. 11 attacks to interest students at liberal arts colleges in careers as spies. McGuire said Dai was an administrator and that the program did not teach spy craft. He was also active in the conservative newspaper and other organizations at George Washington University.

O'Keefe and Basel were also active in conservative publications at their respective colleges, Rutgers University and the University of Minnesota-Morris. They gave a joint interview Jan. 14 to CampusReform.org, a Web site that supports college conservatives on student publications.

The allegations quickly prompted outrage from Democrats and claims of vindication at ACORN, which lost its affiliation with the U.S. Census Bureau and federal funding after the uproar over O'Keefe's videos.

Landrieu, who was in Washington at the time, said in a statement Tuesday that the plot was "unsettling" for her and her staff. She said she looked forward to the investigation to learn their motives.

O'Keefe's arrest "is further evidence of his disregard for the law in pursuit of his extremist agenda," ACORN CEO Bertha Lewis said in a statement. The organization's Twitter feed commented on the news: "Couldn't have happened to a more deserving soul."

O'Keefe managed to do what Republicans had been trying to for years: hurt the political affiliates of ACORN, which have registered hundreds of thousands of voters in urban and other poor areas of the country.

Using a hidden camera, O'Keefe, posing as a pimp and accompanied by a young woman posing as a prostitute, shot videos in ACORN offices where staffers appeared to offer illegal tax advice and to support the misuse of public funds and illegal trafficking in children.

The videos were first posted on biggovernment.com, a site run by conservative Andrew Breitbart. In the past, Breitbart has said O'Keefe – now a paid contributor to biggovernment.com – is an independent filmmaker, not an employee.

In a statement e-mailed to The Associated Press, Breitbart said: "We have no knowledge about or connection to any alleged acts and events involving James O'Keefe at Senator Mary Landrieu's office. We only just learned about the alleged incident this afternoon. We have no information other than what has been reported publicly by the press. Accordingly, we simply are not in a position to make any further comment."

O'Keefe's father, James O'Keefe, Jr., of Westwood, N.J., said he hasn't spoken to his son in several days and didn't know he traveled to New Orleans, let alone why he went to Landrieu's office.

"That would not be something that I can even imagine him doing," he said of the allegations against his son. "I think this is going to be blown out of proportion." 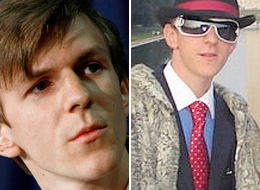 Reporter Stephanie Lambidakis has more on the arrests

U.S. Attorney Jim Letten says it was the quick thinking of the senators staff that lead investigators to arrest the men allegedly posing as phone repairmen.

posted by truesee  # 6:15 AM
Comments:
A large part of politics is about what is made believable and who believes it.   That's my quote.