Winkers. Meet the jeans that wink as you walk

Winkers: the jeans that wink at you

Meet the jeans that wink as you walk. 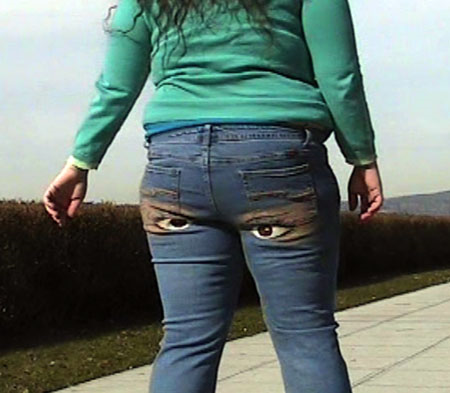 The amusingly named Winkers, whose buttock-eyes appear to wink coquettishly at anybody following the wearer, are the invention of William A. Jones, a retired father of five and grandfather of seven who lives in Everett, Washington.

Jones says that the idea came to him when, naturally, he was checking out a woman as she walked past him. Nice.

He says he was sure that her jeans-clad bottom winked at him as she strolled by. A little more thought, and the idea of jeans with eyes in the buttock-folds was born. 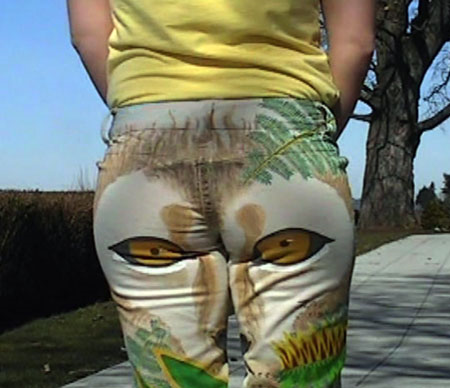 Jones experimented with his daughter's jeans and discovered he could indeed make the jeans wink, and came up with the name Winkers.

His range isn't limited to just eyes, though - the range also features ducks that seem to quack, an owl that blinks, and a lion in a jungle scene.

Note for stalkers: they're not actually winking at you. This is not a sign.