Woman, 85, lay dead in her flat for FIVE YEARS before anyone noticed 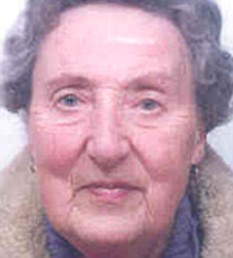 The badly decomposed remains of an 89-year-old woman were discovered in her flat five years after she died, police revealed today.

Isabella Purves' body was only found after a downstairs neighbour noticed water dripping through the ceiling of her tenement flat and reported it to the local council.

Officers forced their way into her flat, fighting through the piles of unopened mail which had gathered behind her front door, before making the gruesome discovery.

It is thought nobody noticed Miss Purves was missing as her pension was paid directly into a bank account and bills were paid by direct debit.

Today, as detectives tried to trace the elderly woman's relatives, neighbours, pensioners' charities and politicians spoke of their horror over the tragic case, which one described as a glaring example of the country's fractured society. 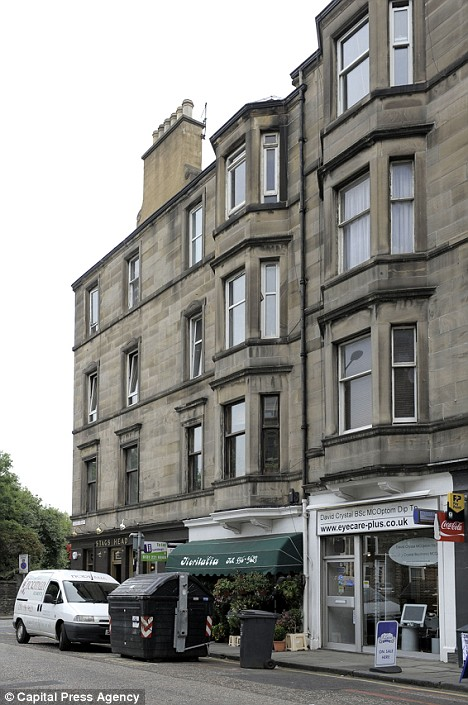 Tragedy: Isabella Purves is believed to have lain dead in her flat - the top bay window - in Edinburgh since 2004

The last reminder was sent out in 2004. His wife, Dorothy, who co-owns the business, said the discovery was 'an indictment' of society.

She said: 'Nobody cares any more, that's pretty sad. It's down to basic neighbourly behaviour. I would hope people would be looking out for others.'

Giovanni Cilia, who owns the Fioritalia florist below Miss Purves's traditional tenement flat, said he was shocked at how long it took to find her. He said: 'How did no one notice the smell, or wonder where she was?

'I heard there was a big pile of letters and bills behind the door. I used to see her walk past the shop maybe four times a week. She would often go across the street and pick up litter to clean the place up.'

Mr Cilia, who has run the shop for 20 years, added: 'It's shocked everyone here. When I saw her she looked quite fit and healthy for her age. 'She used to wear boots and would often carry a rucksack like she enjoyed going for walks.'

Isabella's neighbour Lucy Balloch, 28, added: 'It's very saddening and a real shock. There are a lot of people moving in and out all the time in here and it's not easy to get to know the neighbours that well.

'That's maybe why nobody suspected anyone was in there.' 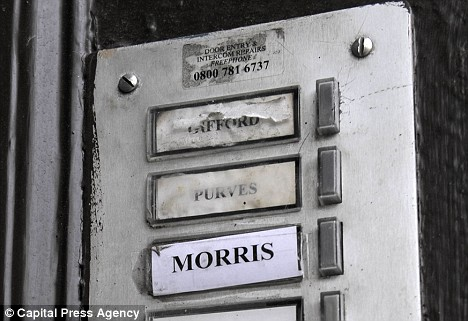 Tragic: Isabella Purves' name is still on the doorbell to her flat

Little is known about Miss Purves, although it is thought she never married.

The windows of her top-floor flat were left open today in the tenement building, which occupies a block on the busy junction with Broughton Road, above a pub and row of shops.

Douglas McLellan, of Age Concern and Help the Aged in Scotland, said it was a 'tragic case'.

He said: 'If she was not receiving care treatment from anyone and not receiving social care, then the likelihood of being found quickly is minimal.

'The question is not just about public services finding people and neighbours checking up, it's about how elderly people themselves are living their lives. If they're leading private lives, then how are people going to find them?'

Mr McLellan urged people to take more notice of their neighbours and 'knock on doors' if there is any concern.

'Society has fractured. We're not in the same units as we used to be. People might not phone their own gran more than once a month,' he added.

Meanwhile, Labour leader Iain Gray, MSP, said he was 'shocked and troubled' by the case. 'These sad circumstances are a reminder to us all to make an effort to speak to our neighbours whenever we get the chance, especially those who are elderly and on their own,' he added.

Malcolm Chisholm, Labour MSP for Ms Purves' constituency of Edinburgh North and Leith, said: 'It is deeply disturbing that the body of an elderly person can lie undiscovered for five years.

'In the city of Edinburgh there is a great sense of community but with such a bustling sometimes transient population it is worthwhile and really important that young and old reach out and build those bridges.'

Edinburgh City Council confirmed it was contacted about a leak from the tenement but said Miss Purves was not a council tenant.

A spokesman for Lothian and Borders Police said: 'Police were called to an address in Rodney Street in Edinburgh on June 30, after concerns were raised over an elderly resident.

'On entering the premises, officers discovered the body of a 90-year-old woman. There are no suspicious circumstances surrounding her death, and a report has been sent to the procurator fiscal.'