A man has escaped from police custody after switching identities with his twin brother. 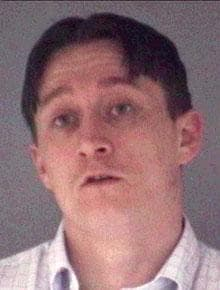 It is believed that Maclellan, who was on remand at HMP Winchester, walked from court when he pretended to be his brother. Photo: SOLENT NEWS

Simon Peter Maclellan, 27, from Gosport, Hants, has not been seen since Friday afternoon when he was released by magistrates.

Maclellan, who was on remand at HMP Winchester in connection with a serious assault, escaped when he pretended to be his twin brother, Mark, who is also on remand at the same prison for a less serious offence

The pair are non identical twins.

Hampshire Police said that a 27-year-old man had been arrested in connection with aiding and abetting the escape.

The deceit was discovered on Friday night by prison officials who alerted police shortly after 9pm.

Detectives began an immediate search for Maclellan and have been conducting enquiries over the weekend. The police have advised people not to approach the defendant who has a history of violence.

He is described as a white European with blue eyes, brown hair, of slim build and about 5ft 8".

The defendant, who was wearing blue jeans and a grey shirt when he walked from court, was due to stand trial in August in connection with an offence of GBH in Gosport, in December.

A Prison Service spokesman, said: "A prisoner from HMP Winchester was mistakenly released instead of his brother.

"The prison are treating it as an escape and an internal investigation is under way.

"This is now a matter for the police."