Businessman hunts down thief in his helicopter

Businessman hunts down thief in his helicopter
Millionaire businessman Jeremy Taylor used his helicopter to hunt down a thief who broke into his yard, tracking him relentlessly for more than two hours across "half of north Norfolk". 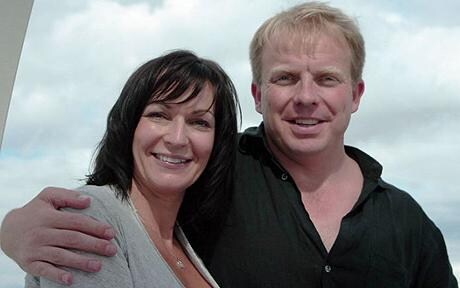 Millionaire Jeremy Taylor used his helicopter to hunt down a thief who broke into his yard Photo: Albanpix

Mr Taylor, 38, was taking off in his £1.9 million aircraft for a business trip when he noticed his gates were open and a white van was speeding away from his home in Binham.

Having had other break-ins in the past, Mr Taylor was determined not to let this thief get away. And the fleeing burglar, who realised he was being followed, made an equally determined effort to get away during the ensuing chase of nearly 50 miles.

First he drove to Wells-next-the-Sea, performing a u-turn designed to throw Mr Taylor off the scent.

He then drove through Walsingham to Fakenham and tried to lose himself among other white vans in the town. Mr Taylor was forced fly higher because of air traffic regulations about flying over congested areas.

But dumper truck company executive, who has four children, managed to stay on the trail and the chase continued to Guist, where the burglar performed a sharp left and headed towards Hindolveston and Melton Constable.

At one point, the burglar went to ground in some woods and, for about 20 minutes, Mr Taylor hovered overheard.

The businessman said: "I was cross. I thought 'You are not going to get away from me'. I was determined to catch him because I have had break-ins before – but I have never had to chase anyone in a helicopter before.

"The thief knew I was following him all the time. I ended up chasing it around half of north Norfolk.

"The van was probably going at about 50 to 60mph but the helicopter is capable of 190mph and I was overhead or sitting behind him all the time."

He called his sister Caroline, 28, and his mother Anne on his satellite phone and they joined in the chase in their cars, managing to get the licence plate number of the van. His mother was forced to give up the hunt when he car ran out of petrol.

Eventually the burglar decided to abandoned the van in the village of Stody and flee on foot. However police traced him using the number plate and he was arrested at his home in Briston.

Mr Taylor said: "It annoys me that people are prepared to break in to other people's property. I did not want to let him get away when I had the opportunity to go after him."

On Friday, a 28-year-old man admitted stealing firewood, pitchforks, diesel cans and a tractor battery and was given a conditional discharge.

The chase cost Mr Taylor about £2,500 in fuel – much more than the cost of the stolen goods – but he said the "principle" was what was important.

However he expressed his disappointment at the court ruling. "I am annoyed that he got away with a slap on the wrist," Mr Taylor said.

PC Jason Pegden, of Norfolk Police, summed up the surprise that a chase straight out of US TV drama 24 or an episode of The Bill, in which DCI Jack Meadows uses a helicopter to track a suspect in London, had come to Norfolk.

He said: "I've never come across anything like this before."